Gay men are being held in concentration camp prisons in Chechnya

Reports are emerging today that there's been a 'purge' on gay men in the Russian region of Chechnya. The men are reportedly being brought to encampments which are being likened to the concentration camps of the Holocaust. 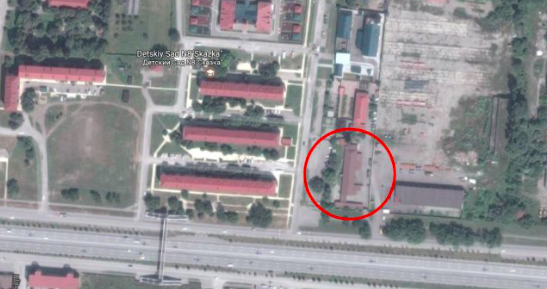 The camps where gay men are allegedly being kept, Credit google maps

END_OF_DOCUMENT_TOKEN_TO_BE_REPLACED

According to PinkNews.co.uk more than 100 gay men have been detained “in connection with their non-traditional sexual orientation, or suspicion of such”.

Following raids, it's suspected that some people may have lost their lives in the purge.

The Kremlin has denied any purge on gay men, and a government spokesperson said "you can’t detain and harass someone who doesn’t exist in the republic”

Repressions against gay men reportedly began last month after an application for a gay rights march in the capital of Grozny.

The Russian LGBT Network have released a statement on the reports,

"The Russian LGBT Networks is highly disturbed and concerned about the information on the kidnapping and killing of people in Chechnya because of their sexual orientation. We are also outraged by the reaction of the officials of the Chechen Republic, who in fact justify the killings.  No national and/or religious traditions and norms can justify kidnapping or killing of a human being. Any references to “traditions” to justify kidnappings and killings are amoral and criminal."

Girls With Goals || Her · Ep.161: Feeling Peachy - Sharon Keegan of Peachylean on being an absolute BOSS!
popular
The DIY frozen coffee recipe that's so delicious you'll never pay for an iced latte again
Someone has ranked the penis size of men from all over the world
Drunken strawberries is the surprising summer treat we all need in our lives
Here's what happens on every day of your menstrual cycle (roughly)
How to INSTANTLY unblock your stuffy nose (we swear this works)
15 signs that prove someone is falling in love with you
Science says this is how many dates you have to go on before you find 'The One'
You may also like
1 day ago
Airbnb is looking for 12 people to live anywhere for a year for free
3 weeks ago
Prince William lashes out at the BBC over "deceitful" Diana interview
1 month ago
Suspected poacher trampled to death by elephants in South Africa
2 months ago
Joe Biden says his ancestors left Ireland "because of what the Brits had been doing"
2 months ago
New Zealand approves automatic paid leave after miscarriages and still births
3 months ago
Met police officer arrested following disappearance of woman in London
Next Page