The girl's mum claimed she had filed "dozens of reports of abuse and neglect" in concern for her daughter.

Police in the US have arrested the father of a seven-year-old girl reported missing last week, two years after she was last seen.

Adam Montgomery was arrested on Tuesday night in connection with the disappearance of Harmony Montgomery, who has not been seen since family services and police responded to her home in Manchester, New Hampshire, in October 2019.

The New Hampshire Attorney General's Office said in a statement that the 31-year-old was taken into custody on multiple counts.

Arrest made in Connection with Harmony Montgomery - 31-year-old Adam Montgomery was taken into custody Tuesday.https://t.co/Xj4Ybf7OF5 pic.twitter.com/KHrtduVn8a

END_OF_DOCUMENT_TOKEN_TO_BE_REPLACED

Police have now launched a nationwide search for the girl following the launch of an investigation into her whereabouts last week.

At a press conference on December 31, Manchester Police Chief Allen Aldenberg said authorities had only become aware of her disappearance in the past week following a call to New Hampshire's Division of Children Youth and Families (DCYF).

"For us to have a two year delay, that is extremely concerning," he said. "That's not something that happens to us on a regular basis. It doesn't happen every day." 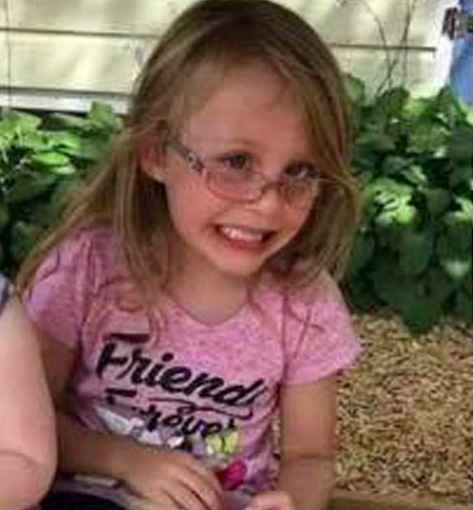 END_OF_DOCUMENT_TOKEN_TO_BE_REPLACED

Harmony's mum, Crys Renee Sorey, recently spoke out against "bullies" flooding her social media accounts to question her and accused the division of failing her daughter.

In a series of Facebook posts obtained by the Sun, the mum said that she had filed "dozens of reports of abuse and neglect" out of concern for Harmony's welfare and that she has been trying to locate her daughter for over two years.

It is believed that several people filed reports concerning Harmony's whereabouts, with Aldenberg also stating that multiple members of Harmony's family were spoken to as part of the ongoing investigation.