There's was some confusion at first.

But fear not, it's all for the Yes side.

This morning, a brilliant mural went up just across from the Fat Fox café off Camden Street. However, only a few minutes ago, 'NO' in red paint was sprayed across the work of art. 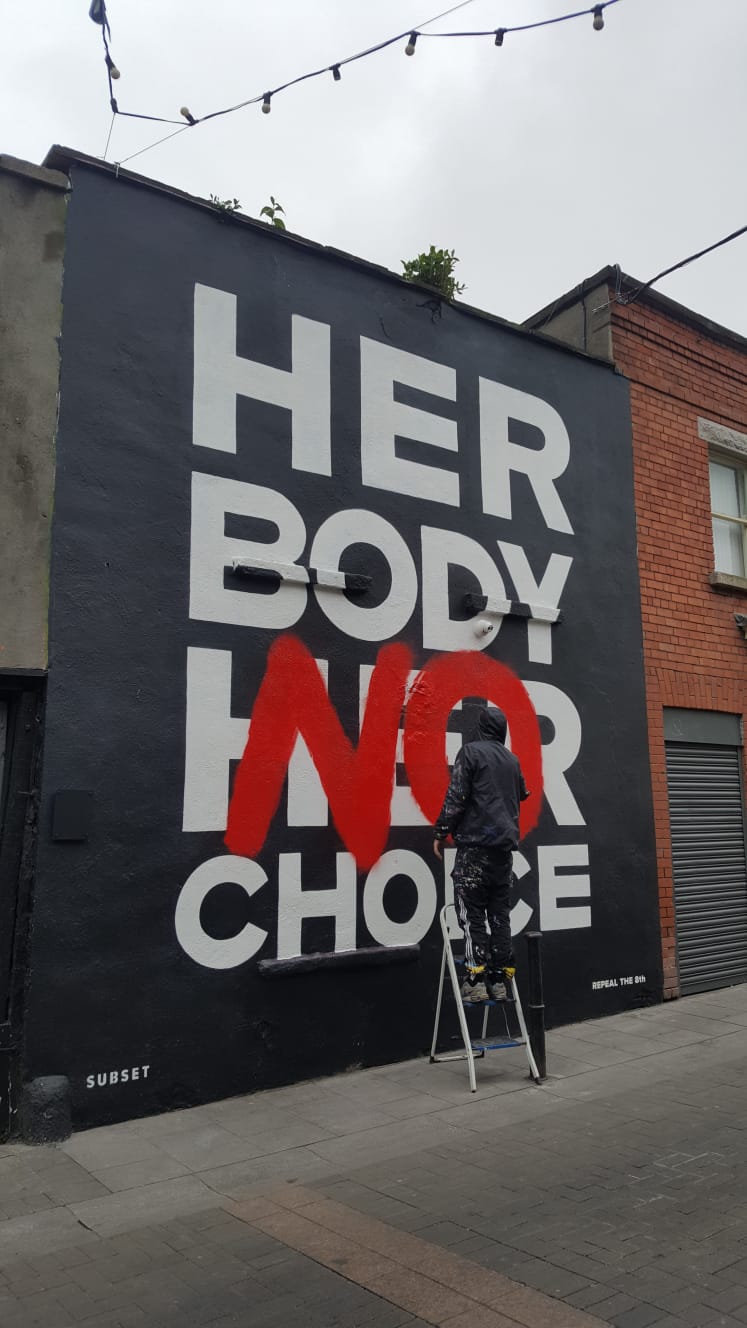 At first there was a bit of confusion about what it all meant, however, now we have clarification from Fat Fox that the mural is indeed in favour of Repealing the 8th.

Speaking to Fat Fox, they cleared it all up saying: "It's all in favour of repeal.

"It's saying currently women have no choice but if we repeal they will."

And talking about the reaction to the mural, they said: "Police have been down. It's crazy down here. Everyone is stopping. Loads of people shouting at the police but it is a positive!" 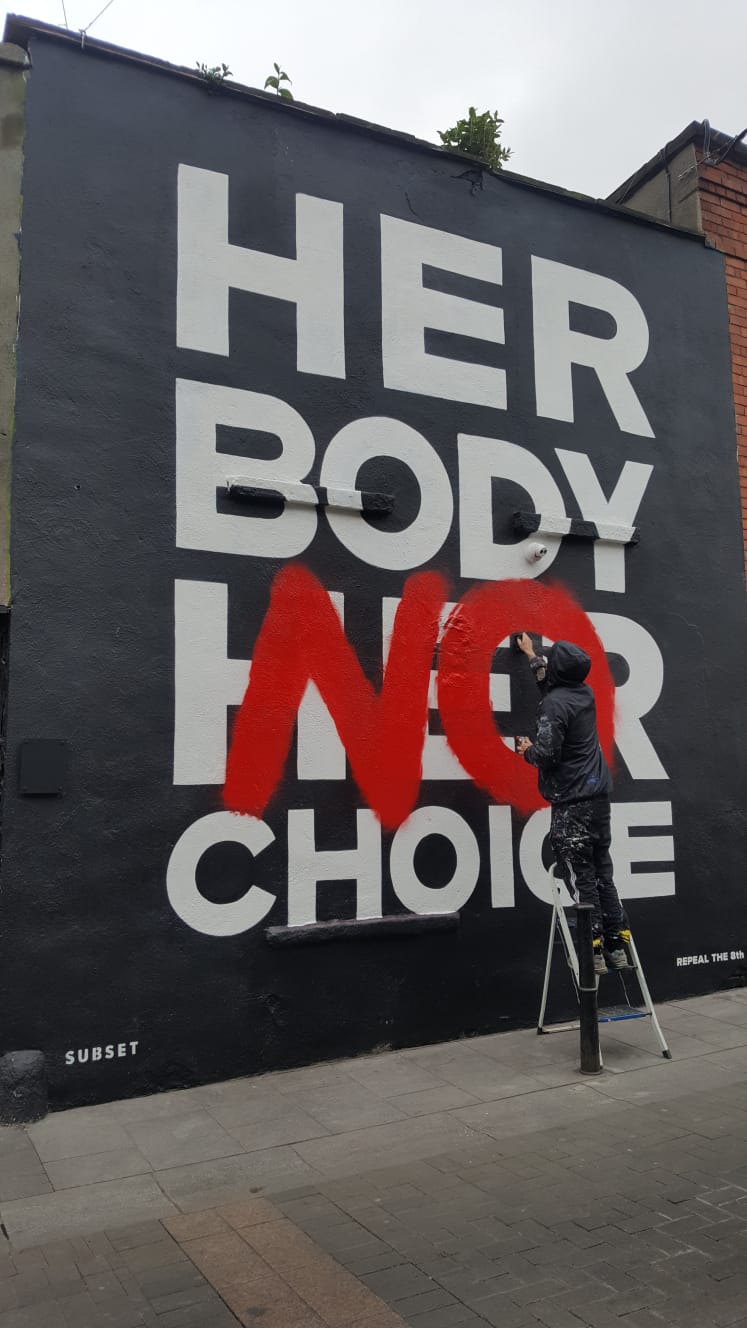 Many believed the NO was branded by a retain the 8th campaigner, so we're absolutely delighted it's the other way around and it brings a stark message to passersby who see that the women of Ireland currently have no choice over their own bodies. END_OF_DOCUMENT_TOKEN_TO_BE_REPLACED

"We are on a big push for the last hurdle. I've never seen so many repeal jumpers come into the shop," the lads at the Fat Fox said.

There are only three days to go until the referendum, with both sides making a major push for either retaining or repealing.

The future is looking bright ? . . . The boss lady catching some rays // morning glow on Camden Row

Subset, who created the mural - and who are pro choice - also shared the mural on their Instagram account.


popular
'Be A Lady, They Said!' You need to watch this incredibly powerful video about being a woman
Netflix's Babies documentary is making quite the impression online
The dress that Holly Willoughby wore this morning is getting very mixed reactions
The comfy €42 M&S boots we're going to be living in all spring
Gwen Stefani reportedly pregnant with baby number four
WATCH: Beyoncé performs at Kobe and Gianna Bryant's memorial at the Staples Center
No chemical peel needed: 7 easy ways to achieve the glowing skin of your dreams
You may also like
10 hours ago
Harvey Weinstein found guilty of criminal sexual act in the first degree and rape in the third degree
16 hours ago
Jason Davis, who voiced Mikey Blumberg from Recess, has died at the age of 35
17 hours ago
Love Island pay special tribute to Caroline Flack with 'through the years' montage video
1 day ago
'Absolutely empowering' Meet the women exploring trauma through film in Ireland
2 days ago
Fair City's Will Casey returns to Carrigstown on Sunday night
4 days ago
'I think his spirit was visiting me': Riverdale's Lili Reinhart shares her sweet dream about Luke Perry
Next Page