A New Jersey high school student is suing her parents for financial support after she claimed that they threw her out of their home when she turned 18.

Rachel Canning, a high school senior and cheerleader, filed a lawsuit for immediate support and force them to fund her college education.

This Tuesday, Canning’s Lawyer Tanya N. Helfand will ask that her parents, Sean and Elizabeth, to settle a $5,306 high school bill, Rachel’s current living and transportation expenses and to commit to a college fund. 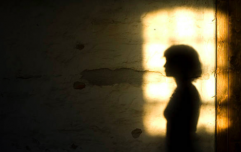 Teenager accused of rape deserves leniency as he comes from a 'good family,' says judge

END_OF_DOCUMENT_TOKEN_TO_BE_REPLACED

The lawsuit also requests that her parents pay their daughter’s legal fees, which so far total to around $12,597.

Rachel, who has aspirations to become a biomedical engineer, has received acceptance letters from several universities.

According to her father, Rachel was an “incredibly rebellious teen” who ran away from home and refused to abide by their rules. The Daily Record reports that her parents said that she had disciplinary problems, having been suspended twice from school.

“We love our child and miss her. This is terrible. It’s killing me and my wife. We have a child we want home” Sean said.

“We’re not Draconian and now we’re getting hauled into court. She’s demanding that we pay her bills but she doesn’t want to live at home and she’s saying, ‘I don’t want to live under your rules’

“We’re heartbroken, but what do you do when a child says, ‘I don’t want your rules but I want everything under the sun and you to pay for it?’”

He said that she voluntarily left home and was never thrown out.

Since the alleged “abandonment”, Rachel has been living with the family of her best friend Jaime Inglesino whose father is the attorney funding the lawsuit.