Hillary made history - so why was Bill Clinton's picture on ALL of these front pages?

It has been a momentous, historic week in American politics: on Tuesday, Hillary Clinton officially became the first woman to ever be nominated as the top-name candidate on a presidential ticket.

Let's reiterate that point: in the 227-year history of the American presidency, no woman has ever been a political party's main contender for the White House.

This moment is for every little girl who dreams big. #WeMadeHistoryhttps://t.co/DRAJuUUhOr

So you'd think that Clinton's achievement would have made front page news around the world?

As writer Kelsey McKinney pointed out, lots of newspapers across the US carried news of Hillary's big win on their front pages - but accompanied their stories with pictures of her husband, Bill Clinton.

Now, there's an argument that because Bill Clinton was the headline speaker at the Democratic National Convention on Tuesday night that he was the big "news-maker" image that should lead the story.

There were no images of Hillary on stage at the convention on Tuesday - she only appeared in a taped message on screen. 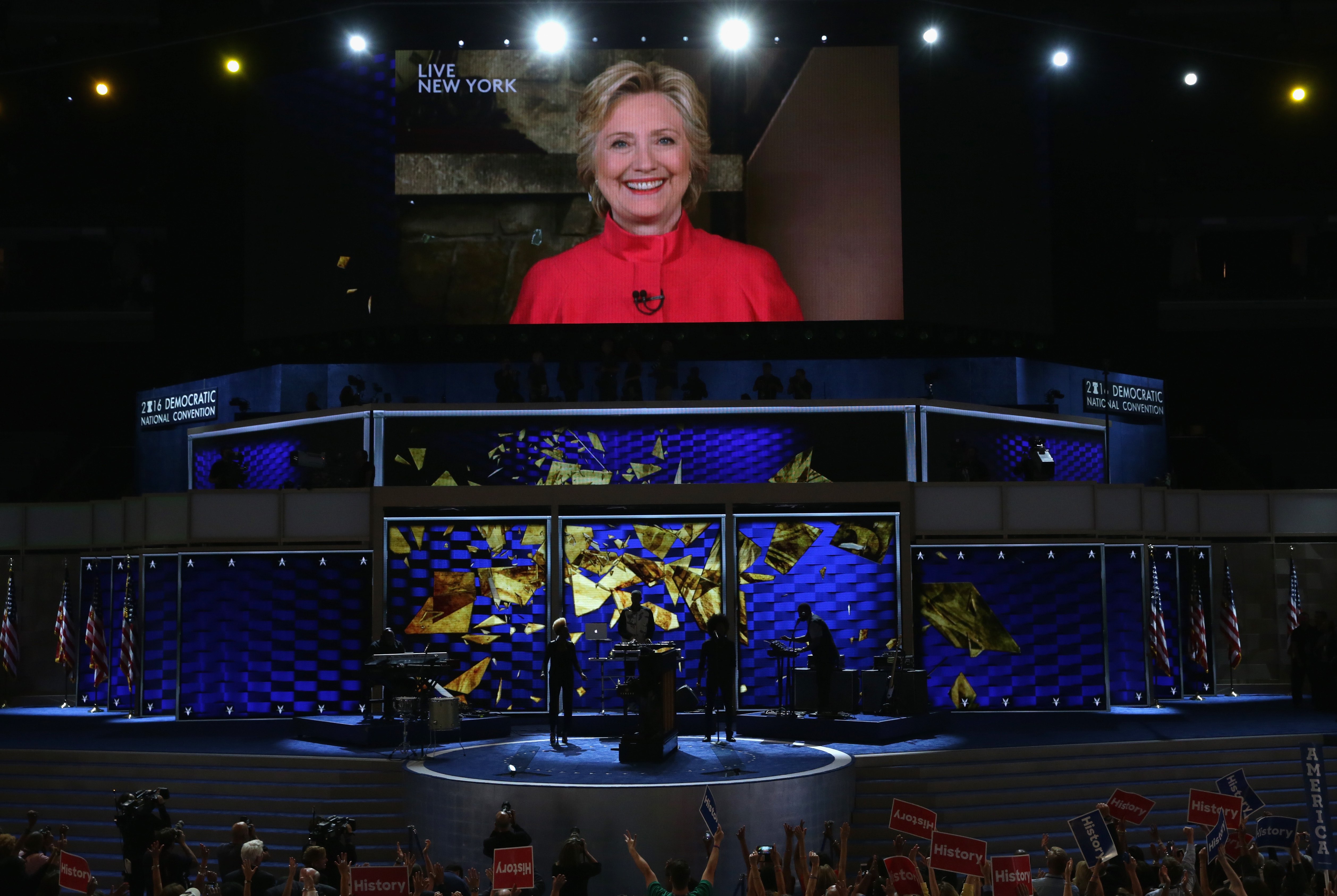 But that's not a good enough reason, right?

I mean, if the foreign papers could figure it out... pic.twitter.com/6LYnWx6umU

Journalist and writer called out the editorial decisions for what they were: "enduring sexism". 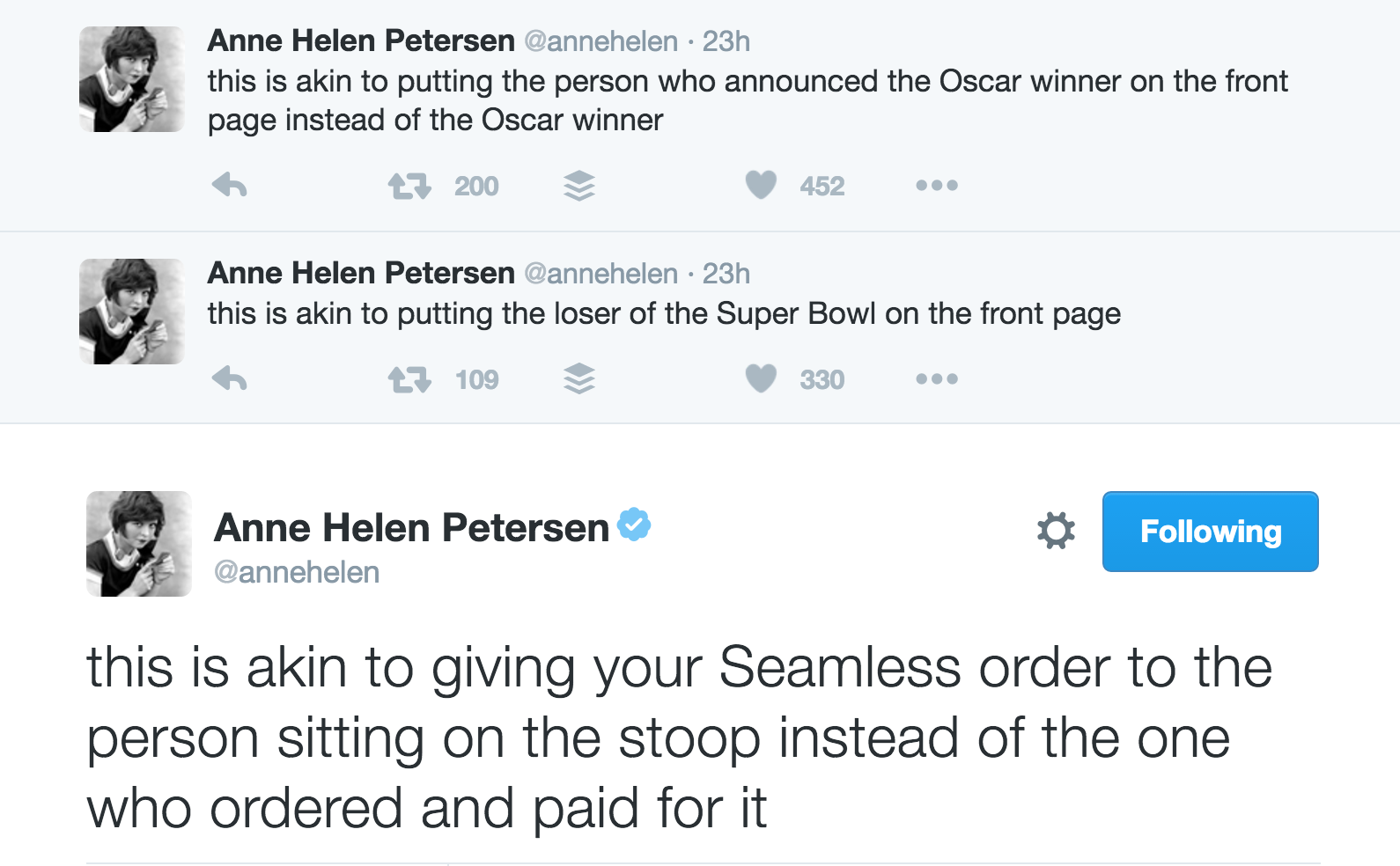 She also had this to say to claims that women were "over-reacting" to the picture issue. 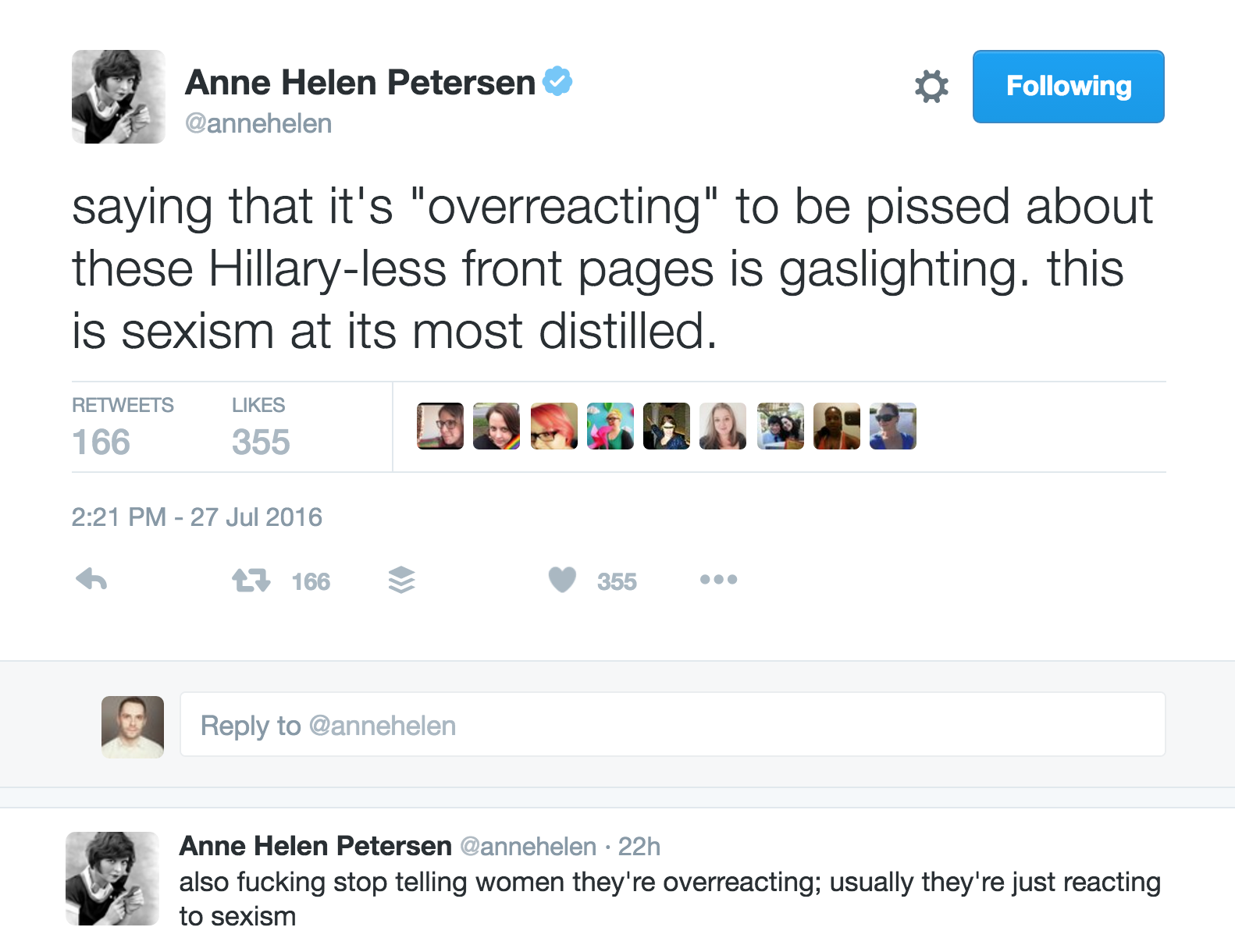 However, Kelsey McKinney did find some papers that did Hillary justice:

And one paper, the Seattle Times, came out and apologised:

@annehelen We blew it. Focused too much on what was happening live @ DNC, folks praising her achievement. Should've shown Hillary

Congrats Hillary. Her.ie is with Her.