Ireland likely to "overcome" Omicron faster than other waves

The current surge of Covid-19 could peak within a week.

Ireland is likely to overcome the current Omicron surge quicker than other waves of Covid, according to Tánaiste Leo Varadkar.

The Tánaiste said that January would be a “difficult” month but the amount of patients in hospital with the virus would not be as high as it was this time last year, The Irish Times reports.

END_OF_DOCUMENT_TOKEN_TO_BE_REPLACED

"We will overcome the Omicron wave and hopefully more quickly than prior waves," he said.

“Increased vaccination, increased natural immunity, the new anti-viral oral medicines and the arrival of spring will ensure that. January will be a difficult month with a lot of pressure on hospitals and absence from work. It will be a challenge to manage it well."

He added that case numbers are likely to be very high “for the next few days” and to peak “in the next week or so”. 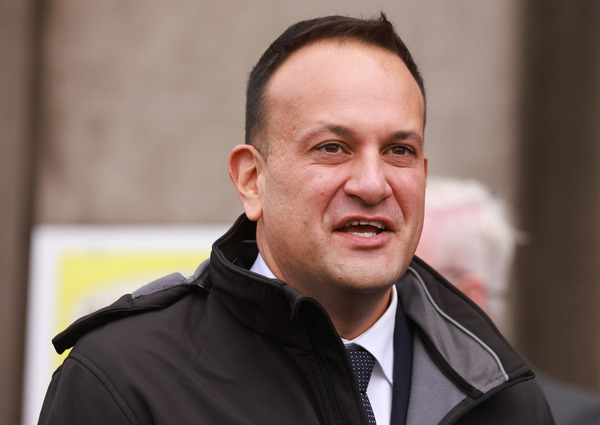 END_OF_DOCUMENT_TOKEN_TO_BE_REPLACED

“There will be an increase in the patient numbers in hospital and ICU but this won’t be as high as it was last winter because of immunity that has built up due to the vaccine programme and prior infection.”

His comments come as HSE chief Paul Reid said on Tuesday that Covid is now "running rife" in Ireland and has not yet reached its peak “by any stretch”.

Speaking on RTÉ Radio One's Morning Ireland he said: "The simple message I can say to listeners this morning is if you think that you have Covid, it’s most likely that you have it. 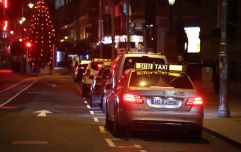 All taxis required to take cashless payments under new proposal

END_OF_DOCUMENT_TOKEN_TO_BE_REPLACED

“If you are going into gatherings of people, particularly indoors, the high chances are that a significant number of people in those gatherings may be transmitting.”

9,006 additional cases of Covid were confirmed on Tuesday. 521 Covid patients are in hospital, with 92 of those patients in intensive care.

popular
Kylie Jenner fans are convinced she just announced her son's name
Wagatha Christie: Rebekah Vardy storms out of court just 30 minutes into final day
WATCH: People are losing it over clip of Kendall Jenner trying to climb stairs at Kourtney's wedding
Claire Byrne viewers heartbroken after Des Cahill recalls "parent's worst nightmare"
Bonnie Ryan shares more details from Italian wedding
Official Love Island air date has just been announced
The hottest weekend of the year is only a matter of days away
You may also like
4 days ago
The Toy Show Musical is looking to cast young girl in lead role
4 days ago
Klarna has got a massive event with huge new deals coming up this month
1 week ago
Ireland misses out on making it to Eurovision final
1 month ago
Meet byBorrow - the Irish sustainable fashion sharing platform
1 month ago
Forecaster warns of "unusual" cold Irish weather change in next few weeks
1 month ago
George's Street Arcade landlord extends generous offer to people from Ukraine
Next Page