This would make your blood boil.

Ireland Women restored some pride at Donnybrook Stadium, on Sunday, when they beat Wales 35-12 to make it two wins from three Six Nations games.

Adam Griggs' side avenged their Women's World Cup defeat to the Welsh in some style with tries from Claire Molloy, Hannah Tyrrell, Lindsay Peat and Sene Naoupu.

After the final whistle sounded, there were big hugs and wide grins out on the pitch as Ireland took the acclaim of a grateful crowd. 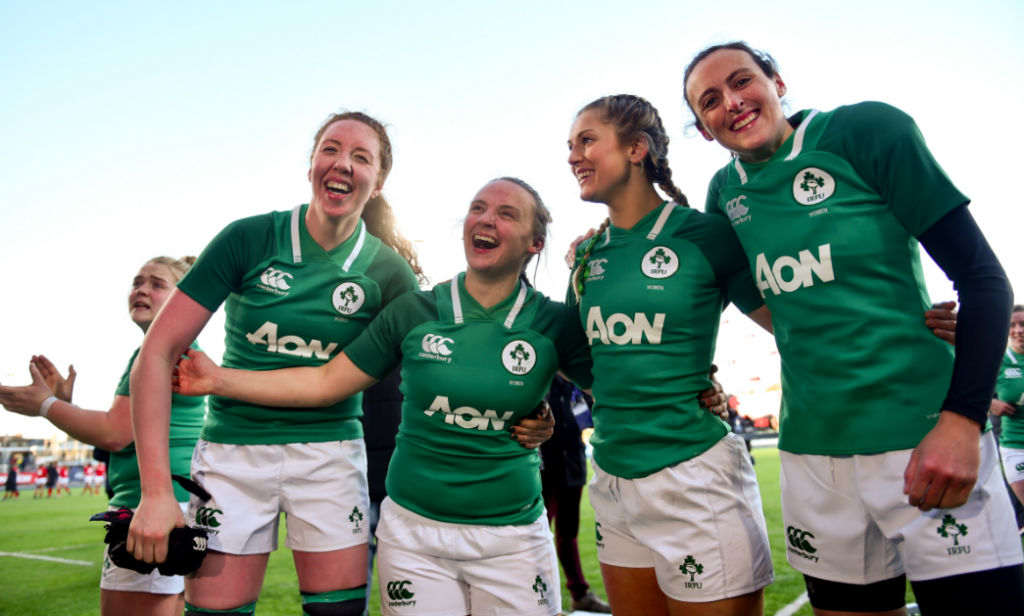 The match was another positive step forward, too, for Leah Lyons.

The Munster player has previously starred as hooker for Ireland and swapped the No.2 jersey with Cliodhna Moloney during the World Cup.

Best hooker in Ireland?
Leah Lyons
She's not far off!

Griggs is having a look at the dynamic Lyons as a tighthead prop option and that is where she packed down against Wales. 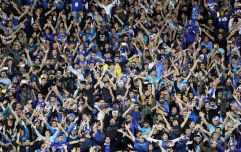 END_OF_DOCUMENT_TOKEN_TO_BE_REPLACED

She had a fine game as part of a dominant Irish pack and scored a 15th-minute try. It is an absolute credit to discover that Lyons was able to focus on her job and play through some appalling abuse from the sidelines.

"Poor choice of wording from a man in the crowd [Irish] yesterday... 'Heifer' in relating to myself

"You are seated 3 rows away from my family, who heard you and surrounded by young children - girls and boys - who are all shapes and sizes.

"Rugby is a game for all!

"No one is perfect, I realise I'm an example of that, but have a bit of respect! Good to hear that someone in the crowd gave you a flake of a flag and told you to be quiet.

"Ain't got nothing good to say, say nothing at all."

It is devastating and depressing to hear that Lyons, a 24-year-old amateur player doing her best for Munster and Ireland, had to put up with such shocking abuse during a Test match, or any match.

It seems some will never learn. Only last year we were lamenting the online grief Katie Taylor had to put up with ahead of her world title fight.

'Heifer', 'Get back in the kitchen'. It's all the same and it's all so terribly sad.

Fair play to the Cork native for sharing her thoughts on such a nasty incident.

One hopes this does not put off a truly special, young rugby player from lining out for her country again. She is too good to lose.

popular
10 Dublin restaurants with outdoor areas we'll be hitting up for the next 3 weeks
A gynaecologist has given the tampon its first notable redesign in 80 years
WATCH: Netflix to release documentary on the Watts family murder
Someone has ranked the penis size of men from all over the world
New documentary sheds light on hidden sexual violence of the Irish revolution
Scientists discover potential “game changer” that “could help eliminate Covid-19”
The Queen has banned Meghan Markle from wearing any of Princess Diana's jewellery
You may also like
1 week ago
Maxine O'Sullivan: "People don’t talk about the mental side of horse racing"
2 weeks ago
Brazil's female footballers to be paid the same as men
3 weeks ago
Greta Streimikyte: “I'm visually impaired but I never let that get in the way of my sport"
2 months ago
Irish Rugby's Hannah Tyrrell on Pieta House's new initiative and the importance of asking for help
2 months ago
20x20 has just launched the fourth chapter of their award-winning campaign so come on and get up, ladies
6 months ago
Matches and makeup: the 19 year old Ulster pro rugby player juggling sports with the salon
Next Page