No exceptions on this one.

Businesses across Dublin are urging customers to stop paying with so-called "bra money" during the heatwave.

Mattress Mick and Pip's Cafe and Deli have both asked customers to stop paying with the money from their bra while the weather is so hot. 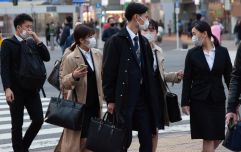 END_OF_DOCUMENT_TOKEN_TO_BE_REPLACED

A lot of women have the habit of storing their cash in their bras when they've got no pockets, but us ladies know that in heat like this, it can get very warm there.

We get where these places are coming from, we can only imagine the amount of sweat that's building up in that region. 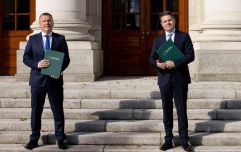 END_OF_DOCUMENT_TOKEN_TO_BE_REPLACED

He said: "An URGENT alert in our #Coolock store.

"Due to soaring heatwave across Dublin and on going safe trading with social distancing we would urge all customers not to pay us from their bras and keep your euro notes in your purse or handbag at all times. 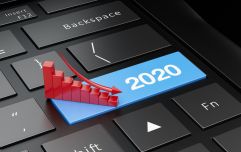 Ireland is now officially in recession

END_OF_DOCUMENT_TOKEN_TO_BE_REPLACED

Jumping on the bandwagon, the Crumlin based cafe issued the same warning, not wanting to deal with boob sweat, which is so fair.

Posting to social media, Pip Cafe and Deli said: "Due to high temperatures we will not be accepting money out of your bra!"

We're surprised it took them this long to stop accepting money out of there, and Pip Cafe also noted that they will be refusing "jock or sock money" while they're at it.

popular
Man charged with the murder of pregnant Natalie McNally
Wayne Lineker called out for comment on Tommy and Molly-Mae's baby news
Chris Hughes reveals he has been rushed to hospital in "worst" night of his life
Natalie Imbruglia's Torn is actually a cover and the original just isn't the same
Dani Dyer reveals the gender of her twin babies
Molly-Mae Hague's sister Zoe has just shared the cutest unseen pictures of baby Bambi
Love Island's Haris spills all on an unaired fight between Zara and Tanyel
You may also like
4 days ago
Woman who earns more than boyfriend 'gets the ick' because she has to pay for everything
2 months ago
Reported figure each celeb has been paid to appear on this year's I'm A Celeb
6 months ago
Cost of living crisis: When did €4 for a coffee become normal?
9 months ago
Split-bill gap: The eternal struggle of navigating life when your friends make more money than you
1 year ago
How to ask for a raise – and why you shouldn’t be afraid to
1 year ago
Get WAP on repeat! Research reveals listening to Cardi B will make you rich
Next Page