The Republic of Ireland Women’s National Team are ready for their biggest test yet when they face Germany, who are ranked No.2 in the world Rankings, in a FIFA World Cup qualifier on Saturday.

Ireland will take on European champions Germany at their home ground, Tallaght Stadium, this weekend in the first of three consecutive home games. (Ronan’s team will be taking on Russia on May 7th before welcoming Croatia on June 14th. They will then travel to Russia on June 19th.)

Ireland are currently sitting in second position in their group having taken seven points in their three opening games but Germany are top having bagged full points from their five opening games. 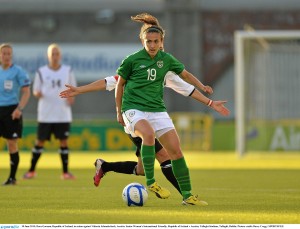 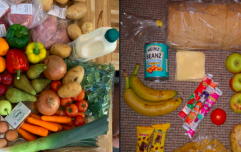 END_OF_DOCUMENT_TOKEN_TO_BE_REPLACED

Speaking about the fixture, Manager Sue Ronan said: “Being realistic, the game against Russia is even more important for us than the Germany game. Germany are second in the world ranking and have just won the Algarve Cup.

“They are European champions and have made an awesome start to the group with five wins, five clean sheets and 40 goals. Anything we get from this game will be a bonus but we have to get something from the games against Russia, home and away, if we want to get a play-off spot.”

She added: “We’ve made a good start to the campaign and I was delighted with our response to the poor performance in Croatia in October. We are making strides and the recent results in Cyprus showed we are on the right track.”

The full squad is as follows: 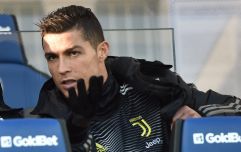 END_OF_DOCUMENT_TOKEN_TO_BE_REPLACED

popular
Deirdre Morley issues medical negligence action against HSE and hospital
Ben Foden's wife Jackie says it is "not possible" for him to cheat on her
People are only realising Kendall Jenner and Gigi Hadid are related and the reactions are gas
Cavan parents remember teenage son as "character of the family" on emotional PrimeTime interview
And Just Like That... episode 8: Nobody saw this one coming
Love Island's Amber Gill could be banned from Instagram over ad controversy
Downton Abbey's Michelle Dockery has gotten engaged
You may also like
1 month ago
Celebrations as Ireland make history beating Georgia 11-0 in World Cup Qualifier
3 months ago
Paul Mescal is donating those GAA shorts to a local club
4 months ago
FAI introduce equal pay for women and men's football teams
4 months ago
Bride left furious after catching groom watching football at their wedding
6 months ago
Prince George's reactions during the Euros match were too much
1 year ago
Megan Rapinoe labels Manchester United "disgraceful" for not launching women's team until 2018
Next Page