Three dogs have been rescued by the Irish Society for Prevention of Cruelty to Animals after they were found to be kept in "deplorable conditions" in Tipperary.

Animal welfare inspectors and Gardaí attended the scene in Cahir where they searched a property before making the harrowing discovery.

END_OF_DOCUMENT_TOKEN_TO_BE_REPLACED

A spokesperson for the ISPCA said that the property was "strewn with raw meat and other rubbish" and has boarded up windows.

Two of the dogs were being kept in darkness inside while the third was loose outside. There was said to be no water on the property and the dogs are now receiving medical evaluations by vets. 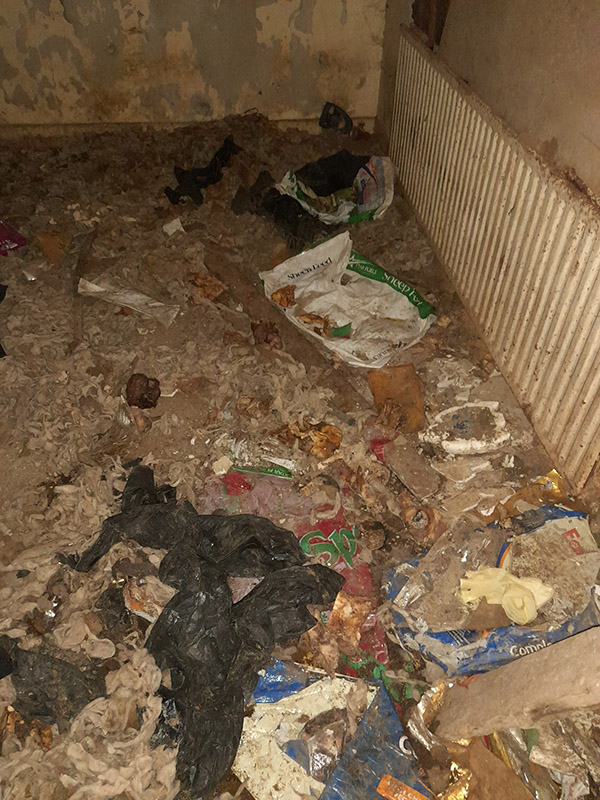 ISPCA said in a statement released today: “ISPCA Animal Welfare Inspectors, assisted by Gardai from the Community Policing Unit in Cahir, seized three dogs from a property in Tipperary, where they were found to be living in deplorable conditions.”

Gardaí launch investigation after body recovered from river in Tipperary

END_OF_DOCUMENT_TOKEN_TO_BE_REPLACED

Inspector Alice Lacey then explained: “The living conditions inside the property were filthy with raw meat strewn everywhere amongst other rubbish.

“Two dogs were discovered inside the property where the windows were barricaded with wooden pallets, keeping the dogs in complete darkness.

“The other dog was loose outside and there was no water available for any of the dogs”.

All three of the dogs are now in ISPCA care where they are safe and being assessed, but no further information is available in the investigation.

The ISPCA encourages members of the public to report any animal welfare concerns to the ISPCA’s National Animal Cruelty Helpline in confidence on 0818 515 515, email helpline@ispca.ie or report online.

popular
Vogue Williams slams man who refused to swap seats with her on plane
Mum charged with murder after allegedly leaving baby in hot car
This is the exact date the weather will get warm again
New Zealand family find two bodies in second hand suitcases
Crown Paints advert receives 200 complaints over 'misogyny' and 'everyday sexism'
10 must-have summer essentials that are perfect for your next sun holiday
Are we getting a mini heatwave in September?
You may also like
7 months ago
Pedestrian dies following collision in Co. Tipperary
9 months ago
Two rushed to hospital after crash in Tipperary
1 year ago
Fundrasier set up for family of Tipperary 3-year old who died when hit by bus
3 years ago
Gals! This might just be the most AMAZING hen party venue in Ireland
3 years ago
Tipperary footballer Aishling Moloney shares the key inspiration behind her game
4 years ago
A guy from Tipperary has been named as one of Tinder's most 'swiped-right' profiles
Next Page