"He has been at the heart of our family for the past nine years."

The Duke and Duchess of Cambridge are both dog lovers, and got their beloved black English Cocker Spaniel puppy, Lupo, back in 2011.

Lupo was, of course, an important family member in the Cambridge family, and no doubt a bit of a 'big brother' to all three Cambridge children, George, Charlotte and Louis.

Over the weekend, Kate and William took to Instagram to share the news that their beloved dog has passed away, and that he will be sorely missed.

Captioning a beautiful picture of Lupo, the couple wrote:

"Very sadly last weekend our dear dog, Lupo, passed away. He has been at the heart of our family for the past nine years and we will miss him so much."

Up through the years, Lupo has made an appearance in several of the Cambridge's family portraits, like this adorable one from Prince George's third birthday: 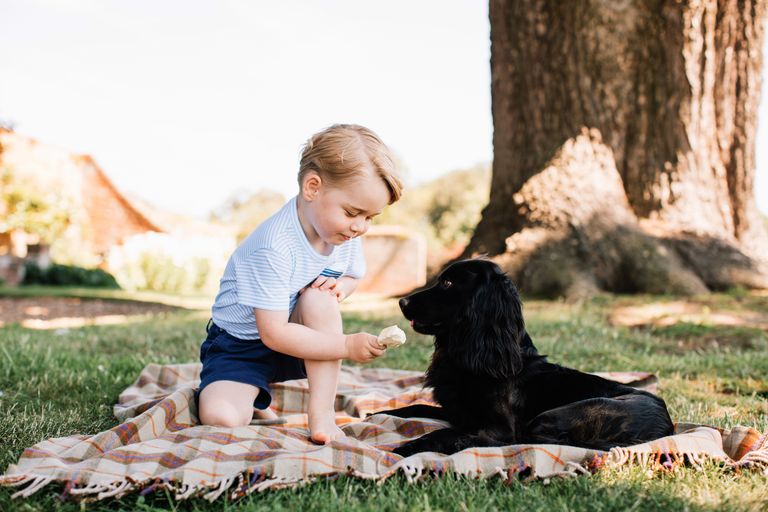 Kate and William initially got Lupo back when Prince William was working for the Royal Air Force in the Falkland Islands, so he could keep Kate company.

Our thoughts go out to them now, losing a family pet truly is heartbreaking.

popular
Toy Show viewers can't get enough of Finn from last night
Viewers in bits after Barry Humphries congratulates Dermot O'Leary on coming out
Four teenage boys arrested on suspicion of murdering 12-year-old girl in UK
We finally know what happened to Sam in And Just Like That
Amanda Byram "bursting with happiness" after welcoming first child
I'm A Celeb bosses 'fear mass walkout' as three stars have medical treatment, report says
These are the counties most likely to have a White Christmas in 2021
You may also like
1 month ago
Kate Middleton might be getting her own TV show
1 month ago
William and Kate thank Derry community during "inspirational" visit
2 months ago
Prince William and Kate moving family out of London for more 'privacy'
3 months ago
“They’d never force him to go”: Kate and William to decide to send Prince George to boarding school or not
3 months ago
Kim Kardashian addresses "nasty" Kate Middleton comparisons while pregnant
4 months ago
“Mummy, please stop taking photographs” - Prince George turns 8 years old today
Next Page