Slurs are flying, memes are going viral, and the economic future of the United States of America doesn't seem to be up for discussion... that can mean one thing folks, the presidential campaign is in full swing.

This week, we saw the first of three planned debates between US President Donald Trump and Joe Biden. They clashed early and often and the debate was riddled with fake news and mud-slinging, gotta love politics! 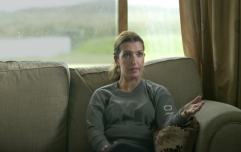 END_OF_DOCUMENT_TOKEN_TO_BE_REPLACED

The important thing to note is that democracy is alive and well and celebrities in their droves are encouraging people to register their vote so they can have their say in the November 3rd elections.

On Monday, Kylie posted a bikini shot to her Instagram grid that garnered over 9 million likes (I struggle to get double digits), but the caption was what caught the eye of the nation and it seems she got what she wanted.

but are you registered to vote? click the link in my bio.. let’s make a plan to vote together ??

END_OF_DOCUMENT_TOKEN_TO_BE_REPLACED

Kylie encouraged her 196 million followers to "click the link in my bio" which directs users to the Vote.org website.

The site allows people to check their registration status and following the post the site saw a massive 1,500% increase from traffic driven by Instagram. According to TMZ, Vote.org recorded a massive 80% increase of their verification tool on site from the following day, which equates to Kylie sending over 48,000 potential voters from that one post alone.

END_OF_DOCUMENT_TOKEN_TO_BE_REPLACED

It's not the first foray into politics for the young reality star back in the 2016, Kylie threw her support behind Hilary Clinton encouraging her followers to vote via snapchat.

However people vote is their business, but encouraging people to get out there and have their say is the type of influence we like to see.