Leo Varadkar says he is 'disgusted' by CervicalCheck review leak

Leo Varadkar said he is "disgusted" by the CervicalCheck review leak.

The Taoiseach said today that he was "appalled" that some information relating to the CervicalCheck controversy was leaked to the media, stating that the Scally Review was "not a scoop."

The review contained recommendations by Dr Gabriel Scally and is set to be presented to Cabinet on Wednesday. It is expected to state that a commission of investigation into the scandal does not need to occur.

Speaking in Donegal today, he said:

"This is a very sensitive issue that affects some women who are very ill and a lot of families who are grieving - and this is something I am appalled to find out has happened.

"It's really disgusting what has happened today, notwithstanding I would ask people to defer reacting to the report until it has been published and they have an opportunity to study it."

Varadkar added that the entire review had not been leaked, but that "one aspect has been."

He said that people needed to read the review for themselves to "understand" why Dr Scally thinks it might not be necessary to hold a commission.

Scally Report is a large document with 50 key recommendations which are not yet published & deserve proper consideration. Some issues being speculated upon are matters for Oireachtas. Everyone needs to allow those impacted the courtesy of being briefed & then it will be published 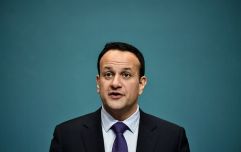 END_OF_DOCUMENT_TOKEN_TO_BE_REPLACED

This came after those directly affected by the CervicalCheck scandal expressed disappointment and upset at the details of the leaked information.

Speaking on Morning Ireland, she said:

"To wake up this morning and to see news of it all over the papers, it's just heartbreaking.

"It's just so disappointing that throughout this whole experience the main information source that we have is the media."

Minister for Health Simon Harris said today that he still plans to set up a commission of investigation into the CervicalCheck controversy.

Girls With Goals || Her · Ep.161: Feeling Peachy - Sharon Keegan of Peachylean on being an absolute BOSS!
popular
Aldi is selling a 2in1 grill and fire pit just in time for summer
Meghan Markle posed with a Kate Middleton magazine cover in 2014
Cork school may need to close due to "serious" Covid outbreak
Chris Watts in protective custody in prison over "danger" of other inmates
Suzanne Jackson says she will "split time" between Portugal and Ireland
Doireann Garrihy confirms new 2FM breakfast show and start date
Why is the weather app always so wrong?
You may also like
3 days ago
Thunderstorm warning issued for eight counties
3 days ago
Fantastic Beasts star Kevin Guthrie jailed for three years following sexual assault
4 days ago
Dad of girl attacked at Howth Junction station says she is "fine considering"
4 days ago
Rotunda tells patients to avoid appointments today after HSE cyberattack
5 days ago
3 arrested after girl knocked between DART and platform in Dublin
5 days ago
Man and woman die in house fire in Co Roscommon
Next Page