This little girl left something very special behind before she died

Her family found notes hidden all over the house.

Six-year-old Elena Desserich knew she had just a few months to live as she was suffering from a rare form of brain cancer. Losing her voice and suffering from partial paralysis didn’t stop her from making the most of her imagination as she took to creating something special for her family before they were forced to say goodbye.

Elena crafted little notes for her family and hid them all over the house. Some of the notes featured words such as ‘I love you mom, dad and Grace’ and beautiful drawings, some depicting time spent playing on the swing alongside her mum—no doubt an indication of the things she loved most. 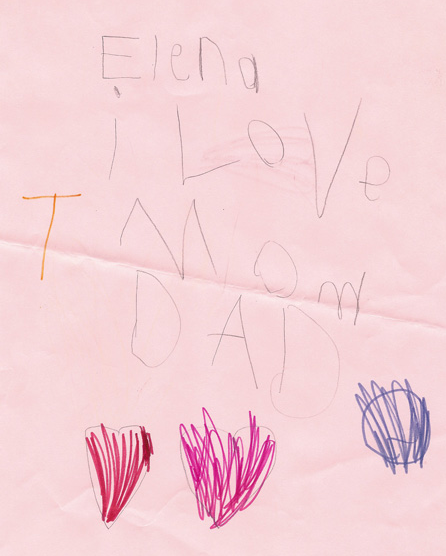 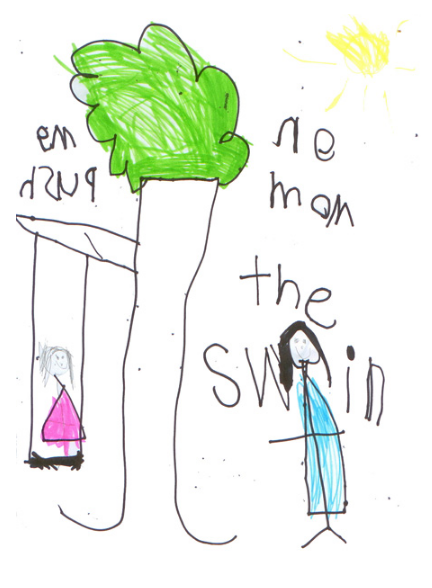 As word spread, Elena’s artwork was even hung in her local Ohio art museum and is now a feature in hundreds of homes across the States. Although Elena passed away 10 years ago, her memory lives on through her family and the book her parents put together in a bid to highlight their daughter’s illness.

The book named ‘Notes Left Behind,’ in which Elena’s parents compiled the precious notes, speaks candidly of the gruelling experience they endured but also demonstrates the beauty Elena left behind.

Elena's parents put together some memos of their own, sharing details of their daughter's personality and memories they treasured.

This is Our Elena...

She always eats her vegetables first.

She can never wear enough pink.

She always writes her name backwards—not because she doesn’t know how to write it, but because she “just likes the way it looks.”

She crosses her legs when she sits.

There is nothing better than art class, except, of course, a trip to the library.

Fiction is better than nonfiction.

Skip the pop, give her milk. And pour it in a wineglass and say “cheers.”

She loves “squibble-squabbles” (lace and ruffles).

Tights are best when in jungle patterns or polka dots.

No pants, only dresses.

Elena’s parents, Brooke and Keith Desserich, have since found the non-governmental charity called The Cure Starts Now whose mission is to continue the search in finding a cure for cancer.

A lot can be learned from this little one as her notes and illustrations remind us that family as well as life’s simple moments are really the most precious. For such a young age, it's clear this little girl was one smart cookie.