The explosion has since been declared a terrorist attack.

Update: Counter-terrorism police have arrested four men in connection with the car explosion at Liverpool Women's Hospital, which left a passenger dead and the driver injured.

The vehicle, believed to be a taxi, exploded outside the hospital at 11am on Sunday, at the same time the UK was preparing to fall silent to mark Remembrance Sunday. 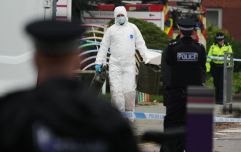 END_OF_DOCUMENT_TOKEN_TO_BE_REPLACED

The men have been arrested under the Terrorism Act, reports the BBC.

Detectives from Counter Terrorism Police North West said earlier today that they were continuing to "keep an open mind about the cause of the explosion" and were working with Merseyside Police on the ongoing investigation.

The incident has since been declared a terror attack. 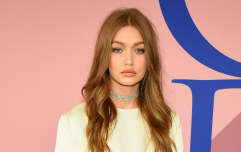 END_OF_DOCUMENT_TOKEN_TO_BE_REPLACED

The Liverpool Women's Hospital is just a mile from Liverpool Cathedral where military veterans and civic figures attended a Remembrance Sunday service.

This news comes after earlier reports of armed police in the residential area of Rutland Avenue, Sefton Park. Residents of the area told the Liverpool Echo they were told to remain indoors by police.

Three men elsewhere in the city have been arrested under the Terror Act pic.twitter.com/mG83nkI9mo 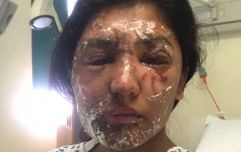 END_OF_DOCUMENT_TOKEN_TO_BE_REPLACED

An unnamed resident said that the situation was particularly "alarming" given that it was getting dark and no one knew what was happening.

She said: "At the Ullet Road entrance there are about four police vehicles, one is jackknifed in the middle of the road and another vehicle is in front of that.

Terror arrests after #minicab explosion at #Liverpool Women's Hospital Couter terrorism police confirmed the arrests of the men, aged 21, 26 and 29 in the Kensington area of Liverpool. #Terrorism #Terrorists pic.twitter.com/ex0U7BnlZz

"At the other end it's cordoned off and there is police there. At the Ullet Road end there are what looks like police marksmen.

"All the residents have been told to stay indoors and the police gave no further information."

Similar reports came from Boaler Street but police officials have since confirmed that the two incidents were not connected.

popular
Claire Byrne Live viewers in shock as woman shares family DNA secret
Wagatha Christie: Rebekah Vardy storms out of court just 30 minutes into final day
Only a matter of time before monkeypox spreads to Ireland, says expert
Irish artist Sean Atmos and H&M are bringing fashion and art together in Dublin
Everything we know so far about Kourtney and Travis's Italian wedding
Helen McCrory's children give heartbreaking tributes at her memorial service
Surprise! Ed Sheeran announces he and wife Cherry have welcomed baby #2
You may also like
4 years ago
Gardaí contact international police over Fleadh Cheoil terror attack fears
4 years ago
The night Ariana Grande went from pop princess to transcendent icon
4 years ago
Terrorism in Ireland - the government tells us that we're not immune
4 years ago
LONDON: Chaos as three men are shot dead after killing six and injuring 48
4 years ago
Terror in Manchester: Ariana Grande concert suicide bomber kills 19
4 years ago
What you can and can't post about sex, violence and terrorism on Facebook
Next Page