The poster has since been removed.

The British Transport Police have issued an apology and removed a poster from one of their stations after it was branded as 'sexist' and 'slut shaming'.

The poster appeared in the toilets at King's Cross station, and shows a woman and a man holding cocktails and singing karaoke. 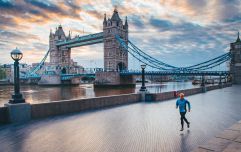 END_OF_DOCUMENT_TOKEN_TO_BE_REPLACED

Above the image, the text reads: "Having a few drinks? Make sure losing your voice is the only thing you'll regret tomorrow.

The message continues: "Stay safe around the railway or you might regret it."

Twitter user Fleur Bone snapped a picture of the poster and shared it online.

"A slut shaming and a threat," she wrote. "Nice work keeping women safe."

Bone said that the poster insinuates that if something were to happen to a woman after drinking, it would be her fault, Metro reports. 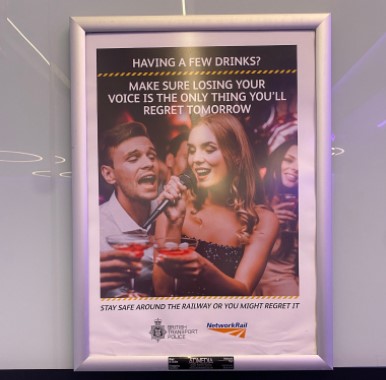 "The tone was quite threatening, and as I said, sort of slut-shaming," she said. "As like, you drink too much you might go home with this guy and probably regret it." 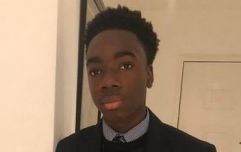 END_OF_DOCUMENT_TOKEN_TO_BE_REPLACED

She continued: "When I saw it and from what it said I assumed it was an advert suggesting women shouldn't drink too much otherwise they'll be taken advantage of."

The BTP said that the original message of the poster was to highlight the danger of being intoxicated near railway tracks. However, they acknowledged how the message could be misconstrued.

"This poster was created as part of a joint awareness campaign with Network Rail for the 2019 Christmas period," a spokesperson said.

"The campaign aim was to highlight the dangers of being intoxicated on the railway, as a result of spikes in alcohol-related injuries at the time.

"We acknowledge how this could have been otherwise interpreted, and the posters were immediately removed from circulation in December 2019.

"The poster at King's Cross has now been removed, and we apologise for any offence it caused."

popular
Terrie McEvoy responds to trolls who commented on her pregnancy weight
Ariana Grande just dropped a breakup song about Pete Davidson AND Mac Miller
Derry Girls star speaks out after show called "distinctively British"
Forget Making a Murderer, This Crime Documentary is Finally on Netflix
Police release bodycam footage of missing YouTuber Gabby Petito
The 'secret' Zara label signs that'll apparently help you get the right size every time
Gwen Stefani reportedly pregnant with baby number four
You may also like
1 month ago
KFC themed hotel opens in UK with free chicken delivered to your room
2 months ago
A Bridgerton-themed ball is coming to London this year
7 months ago
Gwyneth Paltrow's vagina candle "explodes" in woman’s living room causing fire
1 year ago
Have you listened to the hilarious 'I'm Grand Mam' podcast yet?
1 year ago
'Iconic, mesmerising and unique' What it's like to attend a private Alicia Keys concert
1 year ago
My day at The Brits: passionate performances and a mid-show pizza
Next Page