Ms Chu tied the knot in a small ceremony yesterday.

Hazel Chu, the Lord Mayor of Dublin, married her partner Patrick Costello, a Green Party TD, at a ceremony in the Mansion House over the weekend.

Last night, Chu took to social media to share a wedding photo, and to thank members of the public for their support.

"Today I married my best friend. I also had the privilege to go outside and greet members of the public who wanted to meet the Lord Mayor.

One Mrs, one Mr and a Mini!

Today I married my best friend. I also had the privilege to go outside & greet members of the public who wanted to meet the Lord Mayor. Well wishers who we didn't know coming to wish us well. It's a real honour to have such support, thank you all xx pic.twitter.com/zXgVo4BY6W

"Well wishers who we didn't know coming to wish us well. It's a real honour to have such support, thank you all."

Last night, Costello shared a photo with his Twitter followers.

"Married this amazing woman today," he wrote. "Thank you for all the lovely messages. Wishing you all well from my family to yours."

Married this amazing woman today. Thank you all for all the lovely messages. Wishing you all well from my family to yours. pic.twitter.com/zhejwNolPB 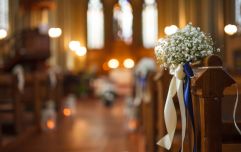 END_OF_DOCUMENT_TOKEN_TO_BE_REPLACED

On June 18, Chu announced that her wedding was on a long itinerary of weekend plans.

"Apart from LeCheile anti racism rally in Smithfield Square tomorrow (come join us) & Direct Provision event on Sunday I'm officially taking the weekend off to get married," she wrote.

"We've moved our reception party out to next year but on Sunday, we'll be doing a small blessing in the house." 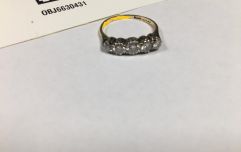 END_OF_DOCUMENT_TOKEN_TO_BE_REPLACED

When the Green Party politician was elected Lord Mayor last June, she made history as the first Irish-born person of Chinese descent to be elected to political office in Ireland.

Hazel Chu regularly uses her platform to speak out against racism and harassment.

Earlier this year, the Mayor shared that she feared for her daughter's safety after being subjected to racist abuse outside their home.

Following the incident, she reiterated the importance of calling out racism during an interview with Claire Byrne.

She said: "This is why it's really important that people actually do call it out and try to address these issues now because I don't want my three-year-old to grow up and realise we're back in the exact same place as we were 20 years ago."

popular
Fashion detox: All you need for the perfect wardrobe is 37 items of clothing
Woman returns to Zara in a jumpsuit after getting stuck trying it on
9 movies on Netflix that make for perfect Sunday night viewing
5 cocktail bars in Dublin you need to book into this year
Someone has ranked the penis size of men from all over the world
Nespresso just launched the most perfect autumn flavoured coffee capsules
How to INSTANTLY unblock your stuffy nose (we swear this works)
You may also like
10 hours ago
These newlyweds wore tracksuits to their reception and people are not happy
2 weeks ago
Married At First Sight star removed from show for "unacceptable" behaviour
3 weeks ago
Love Island’s Camilla Thurlow and Jamie Jewitt have gotten married 4 years after the show
1 month ago
Chloe wants a "flamboyant" wedding proposal from Toby
1 month ago
Bride left furious after catching groom watching football at their wedding
1 month ago
Model Sophie Anderton donates wedding dress to Irish cancer charity
Next Page