On today's Love Island podcast we're discussing our thoughts on the final result and what's next for the Islanders!

"And that's why tonight's final is dedicated to her..." 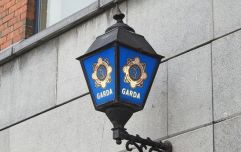 END_OF_DOCUMENT_TOKEN_TO_BE_REPLACED

One week after her passing, Love Island dedicated the final show of their debut winter series to former host and friend, Caroline Flack.

Opening the segment for Caroline, the show's host for the past four years, Laura Whitmore held back the tears to say a few words.

"Caroline loved Love Island, she loved love and that's why tonight's final is dedicated to her..."

Lovely tribute to Caroline Flack. Her iconic walk, her bubbly presenting and her awesome laugh will be missed. Forever queen of #loveisland pic.twitter.com/qLZfn5oazc 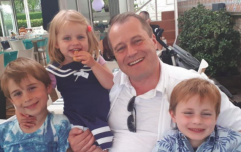 END_OF_DOCUMENT_TOKEN_TO_BE_REPLACED

The 40-year-old stepped down from presenting the winter series after she was charged with assaulting her boyfriend on Friday December 13.

Just over two months later on February 15, 2020 it was confirmed that the star had died by suicide.

Last night, both colleagues and fans paid respect to the star once more as Love Island came to an end for another series.

The future of Love Island seemed uncertain following Caroline's death but Laura Whitmore confirmed that it will be back during the summer, returning to Mallorca as usual.

You can read about last night's final here.

Girls With Goals || Her · Ep.161: Feeling Peachy - Sharon Keegan of Peachylean on being an absolute BOSS!
popular
Couple who can't agree on child’s name decide to each call her different things
Four day working week pilot scheme launched in Ireland today
Love Island featuring show's first contestant with a disability
This wedding hangover kit is going viral on TikTok
Irish woman tragically drowns in the south of France
Friends fans spot massive body double blunder in episode rewatch
Bartender praised for passing note after man harassing women in bar
You may also like
1 day ago
"Lack of understanding of sexual consent" impacting Irish rape trials
4 days ago
Pornhub sued by dozens of women over alleged image based and child sexual abuse
5 days ago
WHO plan says women of "child-bearing age" shouldn't drink alcohol
5 days ago
Opinion: Why do we let YouTubers get away with everything?
5 days ago
Teenage girl dies at Dublin equestrian centre event
6 days ago
Berkeley balcony tragedy remembered six years on
Next Page