The Make-A-Wish Foundation has warned that it may have to heavily reduce the number of wishes it grants to sick children this year, following a 30 per cent drop in the amount of donations made to the charity.

The Foundation, which grants the wishes of children aged between 3 and 17 years living with life-threatening medical conditions, revealed today that they have seen a major decrease in the level of donations made since the CRC and Rehab scandal. 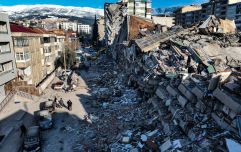 How you can help those affected by the Turkey-Syria earthquake

END_OF_DOCUMENT_TOKEN_TO_BE_REPLACED

“It is heartbreaking that we are unable to fulfill the wishes of some very seriously ill children as a result of those controversies but that is the case,” said CEO of Make-a-Wish Susan O’Dwyer.

"Unfortunately we expect the number of wishes we are able to grant for seriously ill children in 2014 to fall significantly."