A man accidentally set his house on fire when he was trying to kill a spider who crawled into his laundry room.

The unnamed man from West Seattle told fire officials that he panicked when he saw a spider in his laundry room, and decided to use a lighter and can of spray paint to kill the insect but the wall caught fire.

According to KOMO news, firefighters originally battled the blaze from a distance after learning there may be ammunition inside. Crews were eventually able to extinguish the fire, but not before it did significant damage to the structure of the home.

Kyle Moore of the Seattle Fire Department said the man attempted to kill the spider using the flames:

"I don't want to encourage people to do this, but that's what he did. The spider tried to get into the wall. He sprayed flames on the wall, lit the wall on fire, and that extended up to the ceiling.

As for the spider?

"I'm pretty sure the spider did not survive this fire. The whole wall went,” Moore said.

Moral of the lesson – always stick to the shoe/ hard book/ run away option when it comes to spider defences. 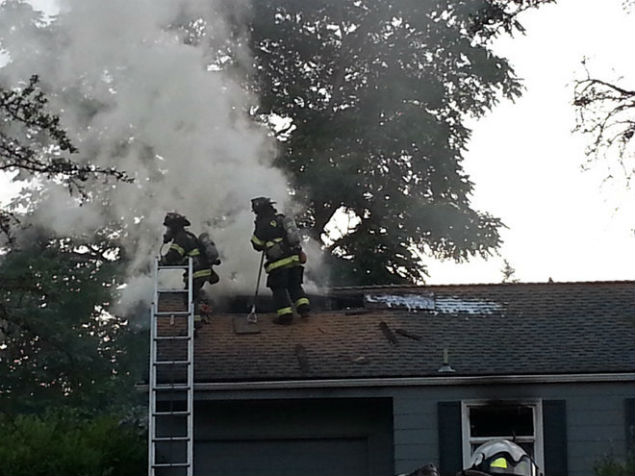 
popular
Debby Ryan got married and her dress was absolutely stunning
QUIZ: How well do you remember Angus, Thongs and Perfect Snogging (the movie)
After days of silence, Scott and Sofia finally comment on the break up rumours
Lidl will be selling wine cooler handbags with a secret nozzle soon and, absolute scenes
Netflix's Sweet Magnolias is the perfect series to bingewatch this weekend
So, William and Harry have a step sister... and who knew?
Gwen Stefani reportedly pregnant with baby number four
You may also like
8 months ago
Local fire brigade share images from aftermath of car park blaze in Cork
9 months ago
Attention BBQ lovers: WIN two tickets to the Big Grill to give your taste buds a treat
11 months ago
A hundred firefighters are battling a massive fire at block of flats in east London
11 months ago
Guinness X Meatopia is BACK! Expect tastings, workshops and an insane lineup
1 year ago
'850 years of history taken down in 5 minutes': Outpouring of emotion as Notre Dame spire collapses
1 year ago
Festival-goers told to run as fire breaks out at Coachella overnight
Next Page