The 28-year-old woman's body was found near a London park earlier this year.

The man who has been accused of murdering schoolteacher Sabina Nessa has accepted responsibility for her death, but has pleaded not guilty to murder, Sky News reports.

It is alleged by prosecutors that 36-year-old Koci Selamaj travelled from Eastbourne to London to carry out the fatal attack on Nessa earlier this year.

END_OF_DOCUMENT_TOKEN_TO_BE_REPLACED

The woman's body was found in Cator Park in Kidbrooke on 17 September. The 28-year-old was on her way to meet a friend at the time.

Mr Harvey answered: "There is not, my Lord. He accepts he killed her."

Several of Sabina's family members attended the plea hearing, and according to Sky News, sat just a few meters away from the defendant.

The judge set a further hearing which will take place on 25 February 2022. A trial of up to five weeks will also take place in June of next year. 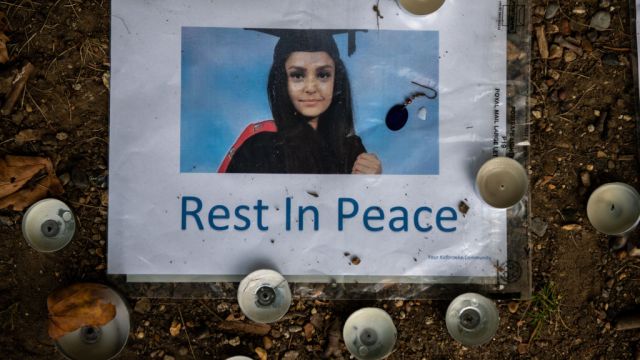 END_OF_DOCUMENT_TOKEN_TO_BE_REPLACED

Selamaj has been remanded in custody.

Following Sabina's death, her sister Jebina Yasmin Islam called for leaders to "step up", in order to make the streets of the UK a safe place for women.

END_OF_DOCUMENT_TOKEN_TO_BE_REPLACED

She told ITV News: "Boris (Johnson) needs to do something, Sadiq Khan needs to implement something for us to feel safe to walk the streets alone," she said.

“We shouldn’t be going home extra early just because we don’t feel safe.

“We are independent, we live in a country where we can walk alone, but we can’t because of what’s happening, what happened to my sister, what has happened in the past.

“We need to make sure that this does not happen again and Boris, Sadiq Khan, they need to step up."