Marty Morrissey has revealed that he is taking a step back and some time away from RTÉ following the tragic death of his mother Peggy.

The broadcaster's mum was killed in a single car collision in the early hours of the morning in Annagh in Miltown Malbay, Clare on Tuesday. She was in her 90s.

END_OF_DOCUMENT_TOKEN_TO_BE_REPLACED

Since the tragedy, tributes have been rolling in for Peggy, with people reaching out to Marty who is said to be distraught over the loss of his mum.

In a statement released by the Irish Examiner, RTÉ has said they are in close contact with Marty and are giving him time to "come to terms with his tragic loss." 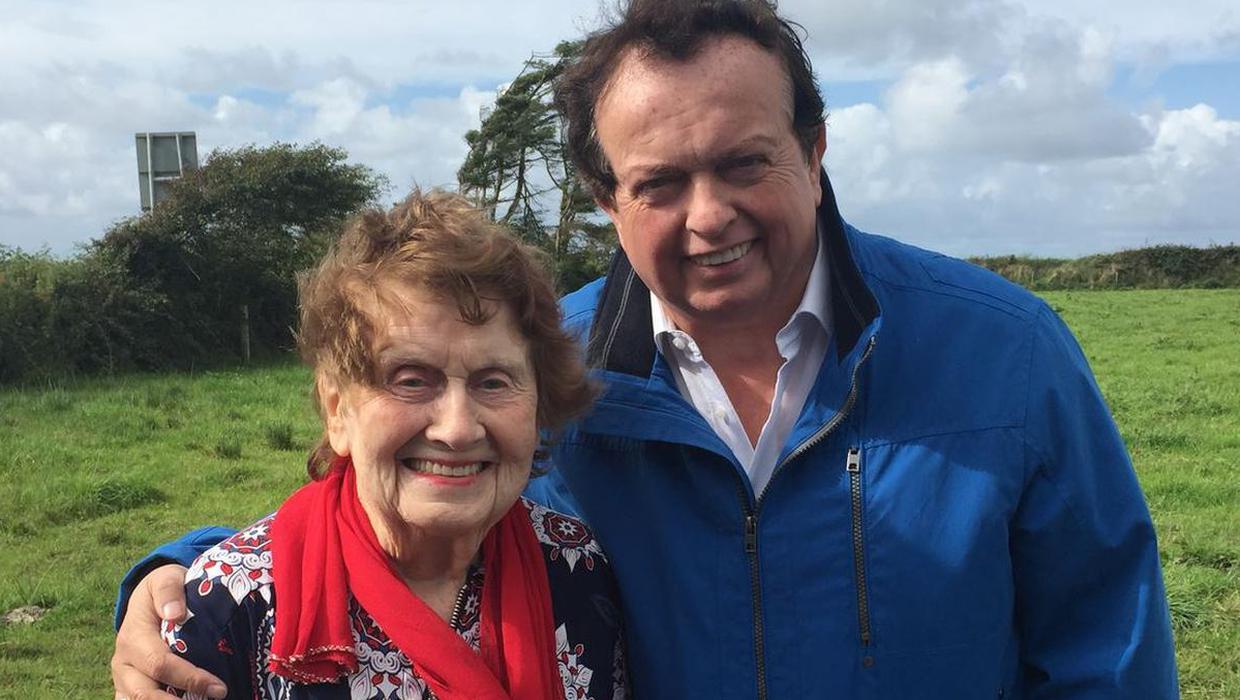 It read: "We were shocked and saddened to learn of the sudden passing of our colleague, Marty Morrissey's beloved mother, Peggy.

END_OF_DOCUMENT_TOKEN_TO_BE_REPLACED

"Our thoughts are with Marty and his family and close friends at this saddest of times."

While the statement has been released, Marty has not yet publicly spoken out about the tragedy but his RTÉ co-workers have sent their best wishes to him at this difficult time.

Earlier this evening it was confirmed that the lady who tragically lost her life in last night’s road accident near Miltown Malbay was Peggy Morrissey, mum of the much loved Marty Morrissey.

RIP Peggy, light of heaven to your soul. My very deepest sympathies to @MartyM_RTE pic.twitter.com/gsPDRP2m4f

END_OF_DOCUMENT_TOKEN_TO_BE_REPLACED

On Rising Time, sports journalist Darren Frehill paid tribute to Peggy, and said that he knew Marty "meant the world" to her. He added that her passing was "desperately sad", and shared that Peggy was "extremely popular" in her community.

Frehill's colleague Shay Bryne shared that the programme received "hundreds of texts" in relation to Peggy.

Over on Twitter, Fianna Fáil Clare TD Cathal Crowe paid tribute to Peggy. He wrote: "Earlier this morning, it was confirmed that the lady who tragically lost her life in last night's road accident near Milltown Malbay was Peggy Morrissey, mum of the much loved Marty Morrissey."

popular
Molly-Mae Hague fans think they officially know her baby's name – and it means cloud
Baby found unattended in pram in Dublin, Gardaí reveal
Joanna Cooper heartbroken after her mum is diagnosed with dementia
"I feel like I lost myself": Nathalie Lennon on her mental health struggles and her latest project with Pieta
Tasha Ghouri hits back at another islander who called her relationship fake
Conor Mcgregor hit by car ‘at full speed’ while cycling
Gwen Stefani reportedly pregnant with baby number four
You may also like
4 days ago
Charlie Bird struggling with 'crying non-stop' but promises not to "give in"
2 weeks ago
2FM's Carl Mullan and wife Aisling suffered recent pregnancy loss
1 month ago
The Dancing With The Stars couples have been revealed
1 month ago
RTE announces Operation Transformation is returning to our screens
1 month ago
Miriam O'Callaghan says her sister's tragic death made her life life to the fullest
2 months ago
Tracy Clifford: "Half the population are female, you have to be represented on air."
Next Page