Maternity leave set to be extended for mothers of premature babies

Plans to extend the length of maternity leave mother's of premature babies get will be decided by the Cabinet today.

The Green Party first put forth the proposal in April of this year and they want it to be reflected in Budget 2018. According to RTE, the proposal is seeking maternity cover to be extended between the baby's birth and when the mother's leave was due to commence.

At present, mothers are entitled to 26 weeks State funded maternity leave, under the Maternity Protection Acts 1994 and 2004. 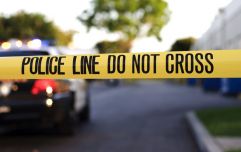 END_OF_DOCUMENT_TOKEN_TO_BE_REPLACED

The new proposal will see mothers with premature babies getting an extension after the 26 weeks.

Minister for Health Simon Harris will also put forth a proposal to the Government to provide funding to families who cannot afford fertility treatment.

popular
Tributes paid to Limerick based blogger and model Patrick McLoughney
Simon Harris gives three urgent options for easing restrictions next week
Lidl closing early this weekend to thank staff for hard work
Husband of world champion runner Agnes Tirop arrested over death
Not going anywhere: Baby names set to stay popular for the next decade
Personality QUIZ: Which character from You are you?
Irish The Chase star hits back after fans claim he loses on purpose
You may also like
1 day ago
Woman gives birth to baby weighing over 14lbs in US
2 days ago
Influencer charged with drugs trafficking after trying to board Dubai flight with cocaine
1 week ago
A March for Maternity protest is happening at the Dáil tomorrow
3 weeks ago
Mother reunited with daughter who was abducted in 2007
3 weeks ago
UK company adopts four-day work week so employees can focus on themselves
4 weeks ago
You can now apply for the next season of Married at First Sight UK
Next Page