Met Éireann has extended the fog warning in place in Ireland

The Status Yellow fog warning issued by Met Éireann on Friday has been extended.

The warning was initially set to expire at 10am on Saturday morning but Met Éireann has extended the warning until 9am on Sunday morning.

The weather service said fog will be slow to lift and will linger in some parts for much of Saturday.

However, it will return on Saturday evening becoming widespread and dense but it will be mostly confined to northern areas by Sunday morning.

"Drive with extra care, using fog lights in any affected areas, but don't forget to turn them off when they're no longer needed," AA Roadwatch said.

"Remember too that fog can make tail-lights seem further away than they are, so keep further back from the vehicle in front." 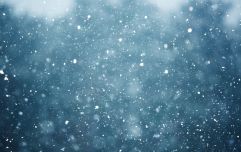 Better bundle up, Met Éireann are forecasting snow in parts of the country over the weekend

END_OF_DOCUMENT_TOKEN_TO_BE_REPLACED

Saturday will be mostly dry with some bright, sunny spells as well as the occasional shower.

Showers will become a little more frequent along western and southern coasts later in the afternoon and evening.

Highest temperatures of 5 to 8 degrees, however the temperature will be lower in areas where fog lingers.