Met Eireann says that it's going to LASH rain all week, and we're devastated

We had been doing so well lately, but it looks like we're in for some not-so-great weather this week.

Wednesday night will see the last of the showery rain clear from eastern counties to leave a largely dry night with clear spells and isolated showers. Feeling fresh with lowest temperatures 10 to 13 degrees in moderate westerly winds.

END_OF_DOCUMENT_TOKEN_TO_BE_REPLACED

We will see sunshine and passing showers on Thursday with the showers frequent in Connacht and Ulster. Top temperatures 17 to 20 degrees in fresh westerly winds.

Becoming mostly dry early on Thursday night but rain will develop in Munster before dawn, extending nationwide Friday AM. Lowest temperatures 10 to 13 degrees. 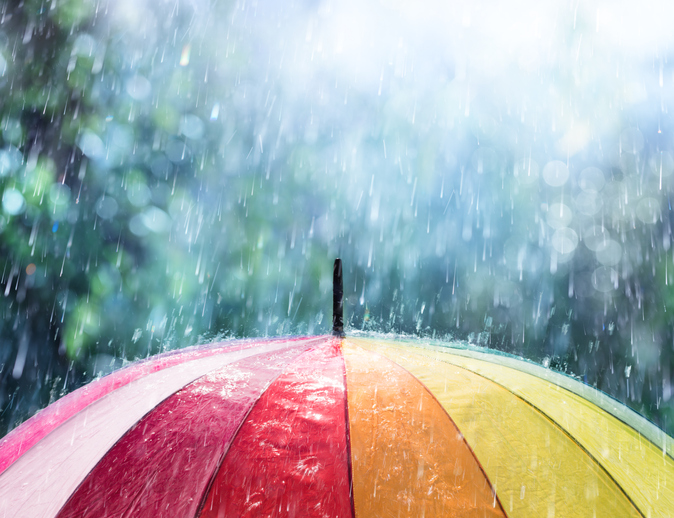 Rain will extend nationwide during Friday morning, turning heavy in places and accompanied by freshening south or southwest winds. Highest temperatures of 18 to 21 degrees. Clear spells and isolated showers overnight with mist and fog developing. Lows 12 to 15 degrees.

Met Eireann says that current indications suggest Saturday will be a showery day with the chance of a more prolonged spell of rain developing in the afternoon. Highest temperatures of 18 to 22 degrees.

The changeable and often unsettled weather setup looks set to continue for Sunday with blustery winds and occasional rain or showers. Feeling warm and humid during dry periods though with maxima of 19 to 23 degrees.

I suppose, at least it will be warm rain?

Girls With Goals || Her · Ep.161: Feeling Peachy - Sharon Keegan of Peachylean on being an absolute BOSS!
popular
Big Brother star left temporarily blinded and scarred after TikTok DIY beauty 'hack'
The First Quadrillionaire? Paypal Accidentally Gives Man $92 Quadrillion
How to INSTANTLY unblock your stuffy nose (we swear this works)
Why Are Men so Obsessed With Boobs? The Answer is Pretty Surprising...
More footage of Tristan Thompson cheating on Khloe has emerged
Prince Harry says he wants to "break the cycle" of generational pain for his kids
Someone has ranked the penis size of men from all over the world
You may also like
3 weeks ago
Hot day hack: These iced coffee cubes are a complete game changer
1 month ago
17 amazing beaches to visit for when the weather is decent
1 month ago
Met Éireann warn of snow for Easter weekend, as temperatures reach 19 degrees today
1 month ago
Today's temperatures will be "above average", says Met Éireann
1 month ago
Temperatures to hit up to 18 degrees today
1 month ago
Met Éireann warns of "blustery" showers and thunderstorms for next few days
Next Page