Met Éireann release their predictions for the weather on Christmas Day

Will it be a white Christmas?

With temperatures in Ireland set to be higher than Barcelona, Athens and Rome this week, the weirdly mild turn in the weather means that any chance of snow on the big day is pretty much zero.

It will pretty much continue on that sticky path for the rest of week, which won't really get in the way of it raining for what looks like the foreseeable future. 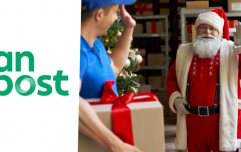 END_OF_DOCUMENT_TOKEN_TO_BE_REPLACED

Which brings us to the 24th and 25th of December, and we'll leave it to the folks at Met Eireann to ruin your day:

Christmas Eve: Continuing mild and mostly dry with outbreaks of rain later in the west and north in freshening southerly winds.

Christmas Day: Turning unsettled with a spell of rain likely and turning cooler with frost overnight.

Although, if memory serves, we had a similarly not-too-cold December last year, which led to way to one of the most baltic Januarys of all time, so.... we've got THAT to potentially look forward to.

Girls With Goals || Her · Ep.160: The Beauty Of Coaching - Hayley Harrison joins us from Sport Ireland
popular
Amy Adams and Patrick Dempsey land in Ireland for Enchanted sequel
More footage of Tristan Thompson cheating on Khloe has emerged
Pet owners warned about sun as Irish cat has ears amputated
COMPETITION: Win a star-gazing camping adventure to the stunning Aran Islands for you and your housemate
Someone has ranked the penis size of men from all over the world
Tristan Thompson threatens legal action over new cheating claims
Here's what happens on every day of your menstrual cycle (roughly)
You may also like
4 months ago
QUIZ: How well can you remember the movie Elf?
4 months ago
Cheers! 3 delicious ways to pimp your Prosecco for Christmas
4 months ago
QUIZ: How well do you know the lyrics to these Christmas classics?
4 months ago
QUIZ: How well do you know the Father Ted Christmas Special?
4 months ago
Here's all the best movies on TV this Christmas Eve
4 months ago
The cheesy nut loaf recipe that's actually not dry and actually is delicious
Next Page