According to Met Eireann, temperatures are set to drop to as low as -1C this week

We're freezing just thinking about it.

Well, it's finally happening - temperatures are about to drop lads.

According to Met Eireann, temperatures are set to drop to as low as -1C this week.

"Dry today with a mix of cloud and sunshine. The best of the sunshine will be in the south and east of the country, with cloudier conditions in the west and north. After a chilly start temperatures will rise to 10 to 12 degrees in light northwest or variable breezes."

All grand, but tonight will see a drastic drop in temps.

"Tonight will be dry as well with mostly clear skies in the south and east with lowest temperatures of -1 to 4 degrees and a slight grass frost. Cloud will increase in the west and north overnight and it will be less cold there with 3 to 6 degrees. Light southwest winds will increase moderate to fresh on northwest coasts." 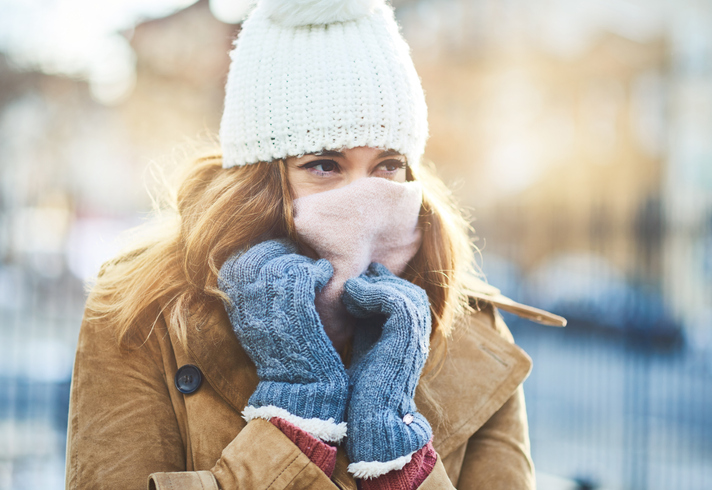 "On Tuesday after a bright start, cloud will thicken from the west and it will become breezy later as well. It will stay largely dry though. Highest temperatures of 11 to 13 degrees. Southwest winds will increase moderate to fresh later in the day."

It will warm up slightly, but it's looking like it will be under 10C for the rest of the week.

"On Wednesday, rain in the west will gradually spread across the country. The rain will turn heavy at times in the west. It will become breezy as well with fresh and gusty southerly winds. Early Wednesday night the rain will clear with just a few showers following. Minimum temperatures of 4 to 7 degrees in light westerly breezes."

"On Friday, it seems likely that rain moves up from the south, possibly turning heavy. In this scenario it will become milder as well from the south as the day goes on. Strong winds are also possible with the rain."

popular
Paul Mescal wore O'Neill's shorts while carrying cans of pink gin so I bought O'Neill's shorts and cans of pink gin
This amazing hanging egg chair is coming into Aldi next week and go, go go (but safely)!
After days of silence, Scott and Sofia finally comment on the break up rumours
Patrick Dempsey Denies He Was Fired From Grey's Anatomy For Having An Affair With Intern
Amy Schumer reveals that her husband Chris Fischer has autism spectrum disorder
5 reasons why we need more videos of Doireann Garrihy's new puppy immediately
Someone has ranked the penis size of men from all over the world
You may also like
6 days ago
Met Éireann issues weather warning for three counties
1 month ago
Temperatures to hit 20 degrees ahead of another cracking week on the weather front
2 months ago
Temperatures to drop to -3 but plenty of dry weather ahead
2 months ago
More horrible sub-zero temperatures coming up, according to Met Éireann
3 months ago
Your weekend weather forecast is here, and Met Eireann says we're in for a COLD one
3 months ago
Rain, hail, sleet, snow and thunder in store for Ireland this weekend
Next Page