She also plans to launch a national campaign on consent.

Minister for Justice Helen McEntee has said she plans to publish new legislation that will make stalking and non-fatal strangulation a criminal offence.

Although the act of stalking is already covered by existing law, McEntee is proposing changing the legislation to make it "clearer and stronger", explicitly referencing stalking as a criminal offence.

Speaking on The Claire Byrne Show on Thursday, she said she is "committed" to implementing a new national strategy to improve the criminal justice system and to support victims of violence. 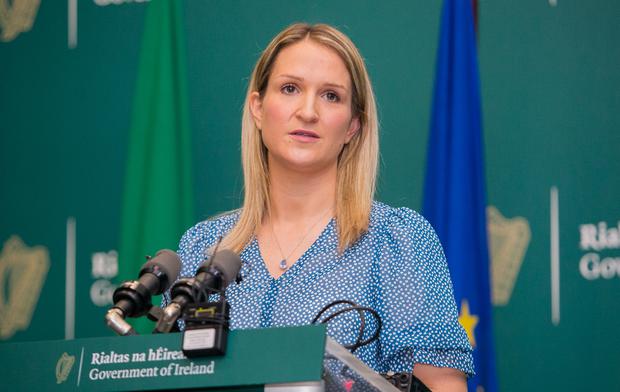 END_OF_DOCUMENT_TOKEN_TO_BE_REPLACED

Addressing the Dáil on Wednesday, she vowed her department will do more to protect women from male violence.

She explained that the new legislation will make it clear that stalking includes watching or following a victim, even where the victim is not aware of it. It would also cover all forms of modern communication.

END_OF_DOCUMENT_TOKEN_TO_BE_REPLACED

A bill will be published before Easter that will include new criminal offences for stalking.

"While choking and strangling are already illegal, creating a new, standalone offence should encourage victims to come forward and report what has happened to them," she said.

“It has been shown that this crime can be an indication of future, lethal violence and is a risk factor for homicides against women in the home.”

McEntee added that she had cried many times this week, not only in the wake of the tragic murder of Ashling Murphy, but for the so many other Irish women who have lost their lives.

There was solidarity across the Dáil chamber today, and a shared determination that we all commit to
Ashling Murphy, to so many other women, and to each other that we will dedicate ourselves to the long and difficult path of change. #zerotolerance https://t.co/8y5XqPV0jN 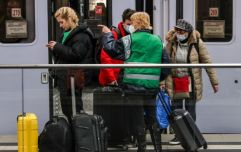 END_OF_DOCUMENT_TOKEN_TO_BE_REPLACED

She said: “That is why we stand in solidarity and anger, but also in quiet determination.

“That is why we must all work together to achieve a shared goal of zero tolerance of violence and abuse against women.

"I cannot stand here today and say 'never again'. I cannot say that no woman will suffer at the hands of a man tonight. But let all of us hold on to the determination and solidarity of this week, and join together in a common cause.

"That we come together to demand zero tolerance of violence and abuse against women."

The Minister added change will not come from legislation and government action alone - it is also about societal change and men and women standing up to say they will not tolerate violence.

popular
Vogue Williams slams man who refused to swap seats with her on plane
This is the exact date the weather will get warm again
New Zealand family find two bodies in second hand suitcases
Mum charged with murder after allegedly leaving baby in hot car
Crown Paints advert receives 200 complaints over 'misogyny' and 'everyday sexism'
Tasha Ghouri shuts down "ableist" comments of how she acts as a deaf woman
Are we getting a mini heatwave in September?
You may also like
5 months ago
Visa requirements for Ukrainians entering Ireland to be lifted immediately
9 months ago
New legislation allows electronic tagging of sex offenders
1 year ago
Helen McEntee thanks followers for support as she shares first picture with newborn son
1 year ago
Minister for Justice Helen McEntee welcomes baby boy
6 days ago
Missing child search called off as body of boy (14) found on Meath beach
6 days ago
Five teenage girls in hospital after Kilkenny crash
Next Page