The TD makes history as the first Cabinet member to give birth while in office.

Helen McEntee, Ireland's Minister for Justice, has given birth to a baby boy.

The Fine Gael TD for Meath East is the first Cabinet member in the history of the state to take maternity leave and give birth while in office. 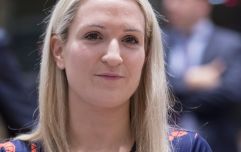 END_OF_DOCUMENT_TOKEN_TO_BE_REPLACED

According to a spokesperson, the Minister gave birth in the Rotunda hospital in Dublin's city centre.

She took her maternity leave earlier this week.

Before her leave began, the Minister for Justice spoke about how important it is to see women in politics being able to take maternity leave and return to their post.

In March, Taoiseach Micheál Martin told the Cabinet that McEntee will take six months paid maternity leave, and will remain a member of government throughout. 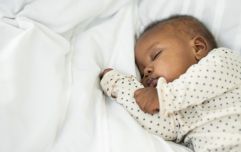 END_OF_DOCUMENT_TOKEN_TO_BE_REPLACED

The Minister of State, Hildegarde Naughton will temporarily take over McEntee's role as Minister for Justice, while also continuing with her work in the Department of Transport.

At the time, the Taoiseach spoke about how there was a need for reform in maternity and paternity leave policy for members of the government.

"We want to make sure that having a family is in no way in conflict with pursuing a career in public life," he said.

The Justice Minister announced that she was expecting a baby in December 2020.

In an Instagram post, McEntee said that Christmas would be her and her husband's last holiday "as a duo".

McEntee was first elected to the Dáil in the Meath East constituency in a 2013 by-election.

She married her partner Paul Hickey in 2017.

Girls With Goals || Her · Ep.160: The Beauty Of Coaching - Hayley Harrison joins us from Sport Ireland
popular
The countdown is on! 10 things we'll be racing to Penneys for when they open
Someone has ranked the penis size of men from all over the world
Love is dead... Shakira and her husband Gerard have reportedly split
Doctors warning young people against 'sun cream contouring' TikTok trend
Penneys shopping by appointment booking portal is now live
More footage of Tristan Thompson cheating on Khloe has emerged
James Franco Has Opened Up About His Relationship With Lana Del Rey
You may also like
10 months ago
Varadkar to consider extending maternity leave by three months
10 months ago
New mothers ask for maternity leave extension outside the Dáil
2 years ago
New Zealand PM brings baby to work after six-week maternity leave
2 years ago
One in three bosses won't hire women in case they get pregnant, study shows
3 years ago
Kate Middleton will be doing one thing differently after having Prince Louis
3 years ago
A must-read letter to every mother about to embark on her maternity leave
Next Page