Looking for The One can be difficult.

For both women and men, everyone can recall a lonely time while being single.

Many of us attempt online dating, blind dates or even consider going on a television show to find love. 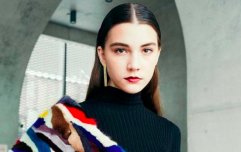 END_OF_DOCUMENT_TOKEN_TO_BE_REPLACED

Following the revelation that Zara was engaged in sexual activities on the show, Miss Great Britain announced on Twitter that the model would be stripped of her title.

The organisation explains that it can no longer stand behind Zara as the ambassador for the competition following her actions and announces that the title of Miss Great Britain will now be handed to runner-up Deone Robertson.

Twitter users were quick to point out the old-fashioned stance the organisation has taken regarding the situation.

@Official_MissGB would you do this if it was Mr GB?! No not a chance!!! #GirlShaming #SexIsNormal #Natural

@Official_MissGB THATS AN ABSOLUTE JOKE. SHE IS A WOMAN. SHE CAN DO WHAT SHE WANT. ITS A NATURAL THING THAT HAPPENS BETWEEN TWO PEOPLE

Cannot believe they took miss Great Britain away from Zara ??

Lol at Miss Great Britain losing her crown... being sexualised is only okay if someone else is sexualising you then? Your body your rules.

Presenter of the show Caroline Flack even tweeted her surprise at the unusually harsh decision of the Miss Great Britain board.

Feel even more sorry for Zara now she's been de-crowned. She's a very sweet girl . What even is 'miss GB' ? Are we living in the dark ages ?

Zara Holland has yet to comment on the matter.

popular
Mother charged with murder of three children in New Zealand
Dublin nurse scammed out of all her savings warns others
Derry Girls star speaks out after show called "distinctively British"
Maura Higgins reveals NTA ordeal after man tried pulling her into a car
The 'secret' Zara label signs that'll apparently help you get the right size every time
Waterford man jailed for six months for sexual abuse of niece
Bruce Springsteen expected to play Cork and Dublin next year
You may also like
3 days ago
Miss Great Britain contestant wants to compete makeup-free
2 months ago
Chrissy Teigen mourns dog Pippa who "died in my arms"
2 months ago
Louise O'Reilly: "There can never be enough diversity, but it needs to be genuine"
2 months ago
Miss Nevada is set to become the first transgender woman in Miss USA history
3 months ago
Model responds to backlash after being exposed for fake business class photo
2 years ago
'Within a year, my entire head of hair was gone': how model Amber Jean Rowan overcame her biggest insecurity
Next Page