No Irish jobs are at risk.

Mothercare has announced plans to place its UK retail business in administration.

The move will put 2,500 jobs at risk with the retailer having 79 stores across the UK.

The company made a €42.7m loss in the financial year to March, as it has struggled along with several other high street retailers.

Mothercare Ireland is a separately owned and family run business that has been operating in Ireland for 26 years, and will not be affected by the announcement.

Originally started by David Ward, it has 14 stores around the country and is now run by his two sons Jonathan and Ben and daughter Laura. 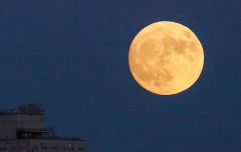 There's a "Super Pink Moon" tonight, the biggest and brightest moon of 2020

END_OF_DOCUMENT_TOKEN_TO_BE_REPLACED

Commenting on the UK announcement Jonathan Ward, Managing Director of Mothercare Ireland said: "Mothercare Ireland is a completely separate company and as a result our 14 Irish stores are unaffected by the administration plans and will continue to trade as normal."

The parent group, Mothercare Global - which has more than 1,000 stores in more than 40 overseas territories - is not affected by the administration.


popular
This STUNNING €40 Zara dress is all you need to update your wardrobe for summer
Woman demands her twin sister change her adopted daughter's name as she wants to use it
Andrea Bocelli to livestream a concert from an empty Duomo Cathedral on Easter Sunday
'He lost his battle' Ailbhe Garrihy's beloved dog Bobby has died
Meghan Markle's favourite mascara is one of the all-time beauty greats
The flattering €44 ASOS dress that's about to become your new best friend
Zara's €60 matching knitwear set is just gorgeous (and seriously comfortable too)
You may also like
1 week ago
Six-year-old boy in Mayo dies after being found in stream close to home
1 week ago
'These are difficult times, but our difficulties will come to an end': President Higgins on coronavirus emergency
1 week ago
#Covid-19: Government publishes list of essential retail outlets
1 week ago
#Covid-19: Three further deaths and 302 new cases of coronavirus confirmed in Ireland
1 week ago
#Covid-19: Leo Varadkar announces two-week lockdown for Ireland
1 week ago
Tesco Ireland to introduce priority shopping hours for healthcare workers
Next Page