The Eagles of Death Metal are trying to make the best of a bad situation.

Following the horrific terrorist attack at their gig in Paris on November 13, the band have introduced a ‘Play it Forward’ scheme. The aim of it is to get as many bands as possible to cover the Californian four piece's song ‘I Love You All The Time’, with all the proceeds going to charity. 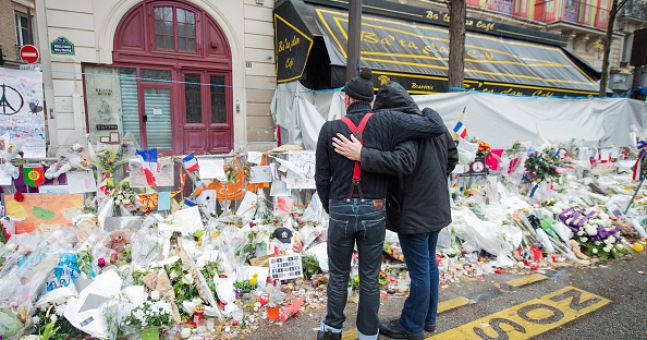 END_OF_DOCUMENT_TOKEN_TO_BE_REPLACED

The idea for the fundraising came from '80s legends Duran Duran. After a fan-led initiative to push an Eagle Of Death Metal cover of the new romantics song ‘Say A Prayer’ to No 1 emerged, Simon LeBon tweeted that he would donate the royalties from the track to charity.

For every cover of ‘I Love You All The Time’ sold the band have pledged to donate 100 per cent of its publishing income to The Sweet Stuff Foundation, a non-profit organisation founded in 2013 by EODM co-founder and Queens Of The Stone Age frontman Joshua Homme to support musicians and recording technicians suffering from illness or disability.

The Rock and Roll martyrs had this to say about

END_OF_DOCUMENT_TOKEN_TO_BE_REPLACED

“Hello talented friend, the senseless and violent terrorist attacks of Nov. 13, 2015 in Paris have left us all unsettled and we dare not give another second of precious time to those who have tried to steal our freedoms and take away our power. So many wonderfully talented artists have offered their love and support or have reached out asking, “how can we help?”. Our answer is simple; Unite with us. All of us.”

So far, the list of contributors reads like a who’s who in the music business ;Florence + The Machine, featuring The Maccabees, Jimmy Eat World, My Morning Jacket, Elton John, Kings Of Leon and many more. The campaign is in round three and shows no sign of stopping soon.