"Nappy-Wearing Thai Bus Conductors Fight For Rights": Here Are The Best Headlines of the Week

"Tensions erupted in a courtroom Monday when a judge challenged an assistant public defender to "go out back and I'll just beat your ass"" writes the Detroit Press.

"A man who purchased a penis enlargement device online had a rude shock when he received a magnifying glass instead of the device he thought he had purchased" writes the Star online. 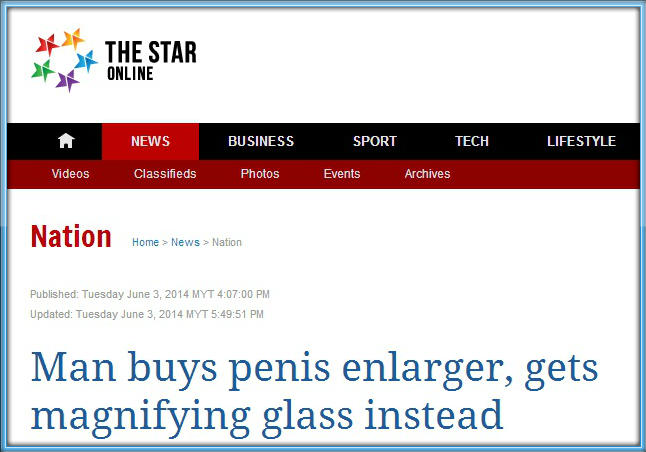 "After going for a walk, a German shepherd puppy owned by a Massachusetts man decided to go for a drive — straight into a pond" writes SF Gate.

"Stuck for hours each day in snarling traffic, bus conductors in Thailand's sprawling capital have found a radical solution to a lack of toilet breaks -- adult nappies" writes Yahoo! 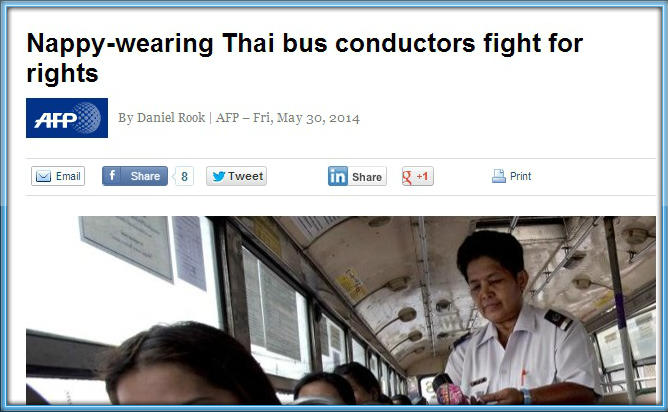 "Phoenix woman, Dianne “DD” Barker, is an energetic 65-year-old community activist who has found herself in some hot water with a local government agency" writes Yahoo! 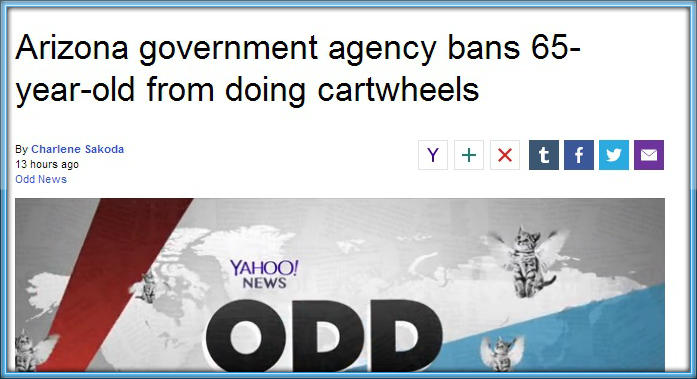 popular
Women are rinsing their hair in apple cider vinegar – and the results are amazing
Toddler dies after being struck by vehicle in Co. Cork
New photo of Bernadette Connolly released as investigation continues
Clubbers left "bleeding from their mouths" after accidentally drinking shots with caustic soda
Kate Middleton tipped to replace Prince Andrew in new role
Orange is the New Black and Seinfeld star Kathryn Kates dies aged 73
Love is in the air: 3 new fragrances we love – just in time for Valentine's Day
You may also like
1 month ago
TikToker fakes a wedding photoshoot to get back at ex
3 months ago
You's Penn Badgley and Cardi B are fangirling over each other on Twitter
3 months ago
Bride receives bouquet of chicken nuggets from best friend on wedding day
3 months ago
These newlyweds wore tracksuits to their reception
5 months ago
Tom Daley went viral for knitting at the Olympics - and it's all for charity
8 months ago
Shrek fan notices X-rated Easter egg that we all missed as kids
Next Page