We are seeing farther than ever before.

NASA has officially taken the deepest ever image of space thanks to an expensive new telescope which can view things previously invisible to us. The telescope is so high tech, it is able to see things more than 13 billion years in the past.

For context, the universe is approximately 13.8bn years old.

The staggering picture is the first to be taken by the world's most advanced telescope, the James Webb Space Telescope (JWST), a new £8.4bn machine that is designed to see objects using infrared light and is twice as powerful as the Hubble.

Previewed by @POTUS on July 11, it shows galaxies once invisible to us. The full set of @NASAWebb's first full-color images & data will be revealed July 12: https://t.co/63zxpNDi4I pic.twitter.com/zAr7YoFZ8C

The infrared view which has captured the most distant image of the universe in human history has been dubbed Webb’s First Deep Field and depicts a galaxy cluster designated SMACS 0723. 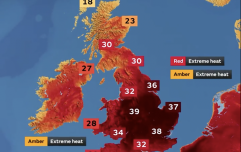 END_OF_DOCUMENT_TOKEN_TO_BE_REPLACED

As you can see, the image itself is overflowing with twinkling detail and according to NASA scientists, this particular shot alone contains thousands of galaxies, including the faintest objects ever observed in infrared - otherwise invisible to the human eye.

They went on to compare this snapshot of the universe as covering a patch of sky approximately the size of a grain of sand held at arm’s length by someone on the ground.

This incredible insight was made possible with the help of the ESA (European Space Agency) and CSA (Canadian Space Agency). The JWST is located at Northrop Grumman's Space Park in Redondo Beach, California, first launching back on Christmas Day 2021, and took 20 years to build. 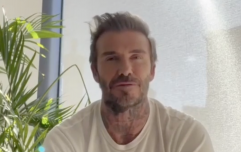 END_OF_DOCUMENT_TOKEN_TO_BE_REPLACED

Speaking in an official statement following the publication of these images, NASA administrator Bill Nelson said. "We're looking back more than 13 billion years... and we're going further... this is just the first image and since we know the universe is 13.8 billion years old, we're going back almost to the beginning.

"It is going to be so precise you are going to see whether or not planets are habitable. And when you look at something as big as this we're going to be able to answer questions that we don't even know what the questions are yet."

The image itself was unveiled during a special preview event held at the White House. President Biden said that the staggering new technology has provided us with a “new window into the history of our universe” and this is just "a glimpse at the first light to shine through that window”.

"America is defined by one single word — possibilities."

popular
Netflix's true crime series Sins of our Mother is seriously insane
Why Are Men so Obsessed With Boobs? The Answer is Pretty Surprising...
So, William and Harry have a step sister... and who knew?
Dyson's new limited edition hair tools is our Christmas list sorted
Smyths issues warning to parents ahead of Christmas
Brian O'Driscoll brings the wrong dog home from the groomers
Riverdale actor Ryan Grantham charged with murder of his mother
You may also like
3 days ago
Rylan Clark was hospitalised with two heart failures after marriage breakdown
1 week ago
The 'stay-at-home girlfriend' is trending on TikTok – here's why that's concerning
3 weeks ago
How the cost of living crisis is impacting dating and relationships
4 weeks ago
Dogs cry "happy tears" when their owner comes home
1 month ago
Jeremy Kyle's security guard Big Steve is now on Drag Race
1 month ago
Forget hygge and lagom – there's a new Scandi lifestyle trend to obsess over
Next Page