As the investigation into Gabby Petito's disappearance continues to develop, audio of the 911 call placed in order to pull over their white Ford Transit van reveals that the caller claims fiancé Brian Laundrie slapped Petito.

The caller tells emergency responders that he saw Laundrie "slapping" and "hitting" Petito in an altercation that took place outside of the car, before explaining how they drove off after the passersby stopped. You can hear the full 911 call below:

END_OF_DOCUMENT_TOKEN_TO_BE_REPLACED

This account differs somewhat from the story given to police when Petito and Laundrie were pulled over. A visibly distressed Petito told the police officer that she was "distracting" Laundrie from driving and went on to punch him in the arm, causing him to swerve into the curb. She also went on to say that he "grabbed [her] face" at one point.

On the other hand, while admitting to pushing her, Laundrie also did not mention any grabbing of her face and instead told officers that she grabbed the wheel after the police vehicle indicated they were being pulled over. Petito said she "didn't touch the wheel at all".

He also went on to say that she was "already swinging" her arms at him before he pushed her away, adding that her nails, keys and phone are likely to have caused the scratches on his face, neck and arms. Petito admitted to hitting him first but there are inconsistencies in the details of both their accounts.

You can watch the full bodycam footage here. 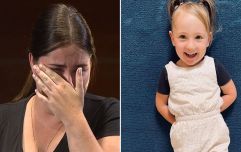 END_OF_DOCUMENT_TOKEN_TO_BE_REPLACED

Police found remains they believe to be matching the description of Petito, 22, on Sunday 19th September. Laundrie, 23, remains the primary suspect in the case and is still reported as missing.

Police have since removed his parents from their family home in North Port, Florida as it has now been declared a crime scene. They are yet to confirm if the body recovered is, in fact, Petito.

Petito was reported missing on 11th September by her parents after Laundrie returned home from their 'van-life' trip alone on 1st September.