He will go on trial again at the end of the year.

The teenager who has been accused of murdering mother-of-two Urantsetseg Tserendorj in Dublin last year will go on trial for the second time later this year. 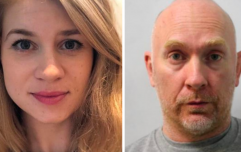 END_OF_DOCUMENT_TOKEN_TO_BE_REPLACED

Urantsetseg was stabbed as she walked home from work on a walkway between George's Dock and Custom House Quay in the IFSC, Dublin and died two weeks later from her injuries at the Mater Hospital.

The boy accused will stand trial for the second time at the Central Criminal Court on October 24th, 2022 where he will stand before a jury.

Earlier this month, a jury failed to reach a verdict in the teenager's first trial, leading to the need for a second.

The accused pleaded not guilty to the murder of Urantsetseg but pleaded guilty to manslaughter on 29 January, 2021, in which the State did not accept his plea. 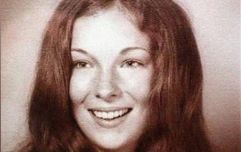 END_OF_DOCUMENT_TOKEN_TO_BE_REPLACED

The boy also pleaded guilty to producing a knife and to attempting to rob Urantsetseg.

The jury then spent over eight hours considering the verdict and, following "multiple reviews", they were unable to deliver a verdict.

Ms Justice Mary Ellen Ring had told them that they would be able to deliver a verdict if ten of them agreed. The judge then thanked them for their service and acknowledged that it was a very difficult case.

popular
Paige Thorne breaks her silence on Jacques O'Neill drama
Love Island producers respond to claims Jacques was kicked off the show for "bullying"
Top tips for keeping your fake tan on for longer as the weather heats up
Apparently, THIS is the reason why Louise Redknapp split from Jamie Redknapp
Ekin-Su Cülcüloğlu signs the biggest fashion deal in Love Island history
Met Éireann extends high temperature warning for Ireland this weekend
Survey reveals the sexual positions women hate most
You may also like
2 months ago
Two men arrested after man found dead at Kerry house party
2 months ago
Nurse arrested after child dies from poisoning in UK
3 months ago
Lyra McKee's family urge people not to use her image in political agendas
3 months ago
Body found in search for missing mum-of-two Katie Kenyon
3 months ago
Man sentenced to life for murder of Dublin mum Jennifer Poole
3 months ago
Trial date set for Jozef Puska, man accused Ashling Murphy's murder
Next Page