The package has been described as the Government's "most ambitious" plan to date.

The Minister for Justice Helen McEntee has announced a package worth €363 million to target domestic violence, and gender and sexual-based violence in Ireland.

Describing the strategy as the Government's "most ambitious" plan to date, Minister McEntee has said that the plan will take a "zero tolerance" approach to violence against women.

END_OF_DOCUMENT_TOKEN_TO_BE_REPLACED

As RTÉ reports, Ms McEntee announced the package on the way to a Cabinet meeting this morning.

She said: "It means not turning a blind eye when abuse happens, just because it's behind closed doors or in a relationship.

"It means not laughing off inappropriate comments or touching, whether it's in person or WhatsApp group, but it also means getting right back to teaching younger people what a healthy relationship is."

Minister McEntee described the plan as "really detailed", and said that it would officially launch this afternoon. 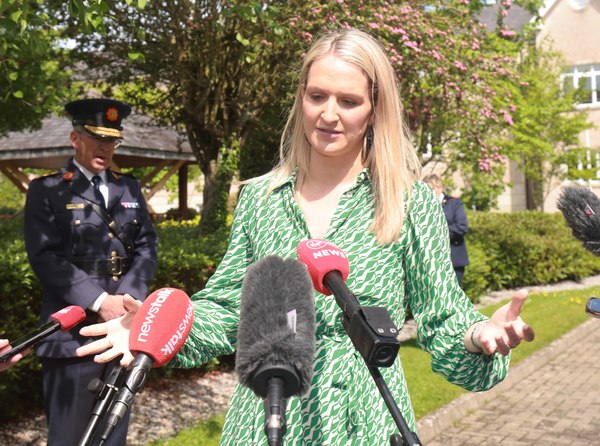 One of the plan's aims is to increase the number of refuge centres for survivors of domestic violence from 141 to over 280.

END_OF_DOCUMENT_TOKEN_TO_BE_REPLACED

The Government will coordinate the package in conjunction with Tusla, other state departments and some NGOs.

Minister McEntee's announcement was welcomed by a number of groups tackling domestic violence in Ireland.

On today's Morning Ireland, Sarah Benson, the chief executive of Women's Aid, said that she "applauds the ambition of the plan", while Anne Clarke, a board member of Safe Ireland welcomed plans to double the maximum sentence for assault causing harm.