From November, the new scheme will allow mothers and fathers in employment or self employment to take two extra weeks paternal leave.

The scheme will be extended up to seven weeks over the next three years.

Parents who avail of the new plans will receive an extra €245 per week. The bill will also allow male same-sex couples to avail of adoptive leave and benefits.

Minister for Employment Affairs and Social Protection, Regina Doherty said that the scheme should benefit up to 60,000 new parents each year.

"Parents, children and society in general will all benefit from the introduction of this scheme," she said.

"Firstly, in that formative first year of life, children now have the opportunity to spend more time with both parents.

"Secondly, on top of the recently introduced Paternity Benefit, this extends the leave benefits available to fathers." 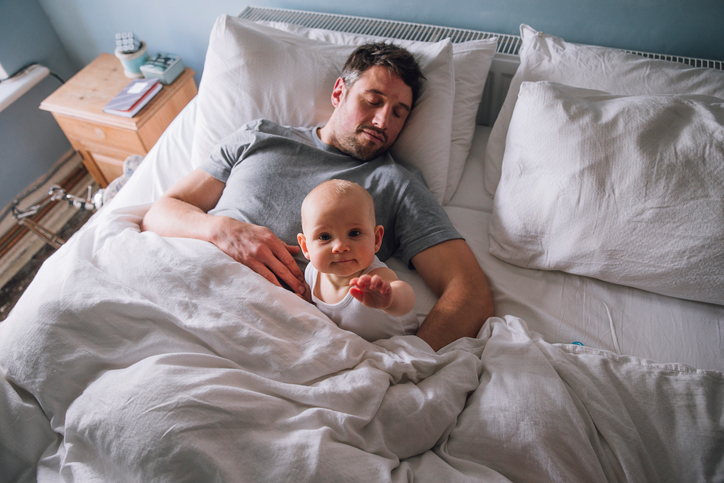 END_OF_DOCUMENT_TOKEN_TO_BE_REPLACED

Speaking on Morning Ireland today, Minister Doherty said that the parental leave will be non-transferable in the hope of shifting a "culture change" where children are able to spend as much time with each of their parents.

She also said that it was just as important for new dads to spend time with their children during their first formative year.

"The evidence shows that when fathers take a more significant and meaningful share in the parenting of their children, the individual family benefits," she said.

"So does wider society, and by encouraging more fathers to take time off, we are in a position to challenge the existing culture regarding work and gender.”

The new scheme will be in operation by November of this year.

popular
Paul Mescal wore O'Neill's shorts while carrying cans of pink gin so I bought O'Neill's shorts and cans of pink gin
After days of silence, Scott and Sofia finally comment on the break up rumours
Patrick Dempsey Denies He Was Fired From Grey's Anatomy For Having An Affair With Intern
This amazing hanging egg chair is coming into Aldi next week and go, go go (but safely)!
The creator of Big Little Lies is teaming up with Netflix for a gripping new thriller
5 reasons why we need more videos of Doireann Garrihy's new puppy immediately
Someone has ranked the penis size of men from all over the world
You may also like
1 day ago
Thursday set to be the hottest day of the year, says Met Éireann
2 days ago
Two years since Repealing the Eighth, Ireland shares its #RepealMemories
2 days ago
Irish Hairdressers Federation to propose guidelines for early reopening of salons
5 days ago
#UpBeat: 5 good things that happened this week
5 days ago
5 years since Marriage Equality: 5 things we still need to achieve
6 days ago
Victoria's Secret to permanently close 250 stores across the US and Canada
Next Page