Selfies... a dangerous, dangerous artform as it happens.

Some people don't like taking selfies, and it turns out it's a good thing and might just help keep you alive after the news that a staggering 259 people have died taking 'extreme selfies' between 2011 and 2017 according to a global study.

Researchers at the US National Library of Medicine are now suggesting that 'no selfie' zones should be installed in spots where people try and take dangerous selfies to stop instances of death... by selfie. 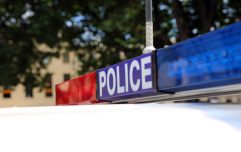 END_OF_DOCUMENT_TOKEN_TO_BE_REPLACED

Many of the deaths occurred at sites such as the tops of mountains, tall buildings, cliffs and lakes. The report also reveals many instances are not, or underreported.

For instance, in July this year, 19-year-old Gavin Zimmerman fell to his death while taking selfies on a cliff in New South Wales, Australia.

Similarly, a man named Tomer Frankfurter died in California's Yosemite National Park in September after falling 250m while trying to take a selfie.

Selfie-related deaths were found to be most common in India, Pakistan, Russia and the United States.

Unsurprisingly, 72.5 orcent of the deaths were male. The number of deaths is steadily increasing each year, rising from three reported deaths in 2011 to 98 in 2016.

Stay safe out there, selfie folk. Sometimes the 'gram just isn't worth it.

popular
Eoghan McDermott is set to be replaced by another Irish comedian on Love Island Australia
Katie Price's family release statement after her reported arrest for drink-driving
Fashion detox: All you need for the perfect wardrobe is 37 items of clothing
Andrew McGinley praised for strength after cruel Twitter comment
Brian Laundrie's family issue statement as search due to be scaled back
Love Island's Toby reveals all about his plans for an Irish visit and his big move with Chloe
TikTok star Gabriel Salazar dies aged 19, say friends and family
You may also like
1 week ago
You can now apply for the next season of Married at First Sight UK
2 weeks ago
Luther to return for brand new film on Netflix
2 weeks ago
Dublin mum to open sensory barbers for those with additional needs
2 weeks ago
Married At First Sight star removed from show for "unacceptable" behaviour
3 weeks ago
Twins conjoined at the head separated after 12-hour surgery
3 weeks ago
TikTokers flood Texas abortion whistleblower site with Shrek memes and porn
Next Page