Kevin Michael Richardson is to replace Harry Shearer as the voice of Dr Hibbert on The Simpsons, Fox has confirmed.

Last June, the producers of The Simpsons announced that the show would no longer have characters of colour voiced by white actors.

Harry Shearer has voiced Dr Hibbert for over 30 years, since the character's first appearance in season two's 'Bart The Daredevil' (aka the one where Homer falls down the gorge). 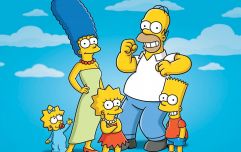 END_OF_DOCUMENT_TOKEN_TO_BE_REPLACED

Now he will be replaced by veteran voice actor Kevin Michael Richardson. You might not know him by name, but you will probably have heard his voice before, as he has voiced characters on tons of animated shows including Spongebob Squarepants, Family Guy, The Cleveland Show, American Dad, Teen Titans Go, Samurai Jack and Steven Universe.

One of his most notable roles was voicing the Joker on The Batman animated series between 2004 and 2008, for which he was nominated for two Daytime Emmy Awards. 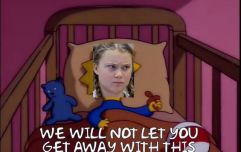 END_OF_DOCUMENT_TOKEN_TO_BE_REPLACED

Fox confirmed that the episode that aired on Sunday night in the US, season 32's 'Dairy Queen', will be the last to feature Harry Shearer voicing that character.

Last year, Shearer was also replaced as the voice of Carl by Alex Desert. Shearer will continue to voice other characters on the show though, including Mr Burns, Smithers, Principal Skinner, Ned Flanders and Reverend Lovejoy.

"Moving forward, The Simpsons will no longer have White actors voice non-White characters," said the producers of The Simpsons in June 2020.

The practice of having white actors voicing characters of colour came under fire following the 2017 documentary The Problem with Apu. The film, by comedian Hari Kondabolu, investigated the legacy of the Kwik-E-Mart owner, and the impact of him being the most high-profile South Asian character on America TV in the 1990s. 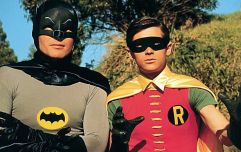 END_OF_DOCUMENT_TOKEN_TO_BE_REPLACED

Apu has always been voiced by Hank Azaria, but following the documentary, pressure grew for the role to be recast or the character retired. Then in January of last year, Azaria announced that he "won't be doing the voice anymore, unless there’s some way to transition it or something".

Several other animated shows have also announced that they will be taking similar action. The voice actor for Cleveland on Family Guy, Mike Henry, confirmed he would stop playing the role.

"It’s been an honour to play Cleveland on Family Guy for 20 years," Henry said in a tweet last year. "I love this character, but persons of colour should play characters of colour. Therefore, I will be stepping down from the role."

popular
Mum-of-four found dead in her Co. Kerry home named locally
Medics were called into Love Island villa after Ekin-Su had a panic attack
Laura Whitmore addresses negative Love Island comments
Coco Lodge has released her Love Island audition tape
Top tips for keeping your fake tan on for longer as the weather heats up
John McAreavey reveals baby number two is on the way
Upcoming X Factor documentary to expose "bullying and exploitation"
You may also like
6 months ago
John Travolta's Irish accent has to be heard to be believed
1 year ago
The Simpsons predicts literal apocalypse if Trump wins election
2 years ago
Hank Azaria will no longer voice Apu on The Simpsons
2 years ago
Disney+ to fix Simpsons formatting after viewers complain about missing jokes
2 years ago
Long-time 'The Simpsons' producer dies at the age of 54
3 years ago
Matt Groening confirms there will be a sequel to The Simpsons Movie 'one of these days'
Next Page