Anyone who has a dog will know that a dog is not only your best friend but a member of the family.

The thought of them going missing is a real life nightmare for families across the country. You'll be happy to know that this is one nightmare that has a happy ending for a Dublin family and their dogs.

Two cocker spaniels named Topsy and Turvy were taken from their home in Dublin just over a month ago which launched a nationwide search and social media campaign to find the pair.

The posts which showed the dogs missing were shared countless times by people online but as time went on hope did start to fade.

Eventually there was good news for the family when one of the dogs, Turvy ,was found in Mallow in Cork. She was being sold on Done Deal illegally but unfortunately Topsy was nowhere to be seen. 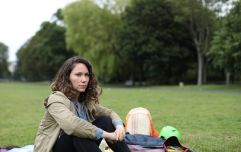 END_OF_DOCUMENT_TOKEN_TO_BE_REPLACED

The family were reunited with Turvy and of course they were thrilled to have half their special duo back but they would not stop until Topsy was home safe too. The family ramped up their campaign posting pictures of Turvy missing her sister Topsy and asked for anyone with any information to help via Instagram and Facebook.

Then they got a tip off, someone contacted them with information on Topsy, claiming to have her but not willing to share photos as proof. They asked the person to do the right thing and give her in and eventually it happened! Topsy and Turvy were reunited last night and all is well with the world.

Although this story does have a happy ending, dogs are going missing in Ireland every day if you see anything suspicious or have any information on animals being taken be sure to contact your local Garda station.

popular
Corrie hit with Ofcom complaints after face masks removed in hospital scene
Aldi is selling a €20 coffee machine that's designed to "Brew and Go"
Yellow rainfall weather warning issued for seven counties
A new €1.3 million stargazing experience opens in Co. Tyrone next month
Why Are Men so Obsessed With Boobs? The Answer is Pretty Surprising...
Someone has ranked the penis size of men from all over the world
Kate Middleton has addressed the rumours that she's pregnant with her fourth child
You may also like
1 week ago
Netflix's Cheer star Jerry Harris arrested on child sex images charge
1 week ago
Covid-19: Dublin likely to move to Level 3 restrictions before this weekend
1 week ago
Sweden, Germany and others to be added to travel "Green List"
1 week ago
Living with Covid: Here's what levels 1-5 mean for social gatherings, wet pubs, and weddings
2 weeks ago
Further Covid restrictions announced for Dublin, government confirms
2 weeks ago
Pubs not serving food in Dublin unlikely to reopen as planned next week
Next Page