This is why Olympians have those red marks on their bodies

If you've been keeping a close eye on this summer's Olympic Games, you may have noticed some competitors with sore-looking red marks on their bodies.

Michael Phelps is among them, while the marks have also been spotted on a number of other (predominantly American) athletes.

But what do they mean? 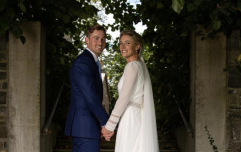 END_OF_DOCUMENT_TOKEN_TO_BE_REPLACED

We were at as much of a loss as many of you, but it turns out the marks are a result of a process called 'cupping'.

Still none the wiser? Well, the BBC report that the process involves heated cups being placed on the skin, with the marks being caused by suction.

Olympians such as Phelps use cupping for a number of reasons, including improving bloodflow, easing recovery, and just general pain relief.

And it's not just Olympians - Justin Bieber has shown off marks from cupping in the past, while Gwyneth Paltrow and David Beckham are also thought to have indulged.

Ha!! Not a Bieber fan, but it looks like he's the most recent celebrity to show off his cupping marks! #firecupping pic.twitter.com/8t4s4VX2En 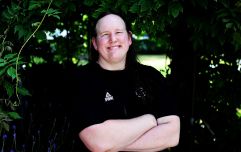 END_OF_DOCUMENT_TOKEN_TO_BE_REPLACED

Some scientists have dismissed cupping as a 'fad', enjoyed by celebrities but possessing of no tangible benefit.

That said, if athletes enjoy a placebo-like effect from the process which helps them gain an extra tenth of a second on their rivals in an Olympic setting, does it really matter if the benefits are ultimately mental rather than physical?

popular
Women are rinsing their hair in apple cider vinegar – and the results are amazing
Viewers left unimpressed after “ridiculous” Operation Transformation scene
Horrifying CCTV footage shows woman being kidnapped by her boyfriend
Irish people expecting babies via surrogate in Ukraine urge to contact Foreign Affairs Department
The Puppet Master: Where is Robert Hendy-Freegard now?
"Hair contouring" is about to be huge, here's everything you need to know
Worried about a loved one? Here are 5 signs of suicide to look out for
You may also like
5 months ago
Simone Biles thanks fans for "outpouring of love and support" following withdrawal
10 months ago
Olympic surfing hopeful Katherine Diaz dies after being struck by lightning whilst training
4 years ago
These photos of Rio one year after the Olympics are hard to believe
5 years ago
There's a fourth sort of Olympic medal and no one really knows about it
2 days ago
Outrage after letter shows Boris Johnson praising little girl for cancelling birthday party
2 days ago
Several people killed after crush at Africa Cup of Nations match
Next Page