The Olympic gymnast has revealed her experiences in a shocking statement.

McKayla Maroney won a gold medal alongside Team USA at the 2012 Olympics in London and took home her own personal silver medal at the games too.

However, the athlete has now revealed that her success came at a huge price saying that she was molested by the team doctor for years before that. 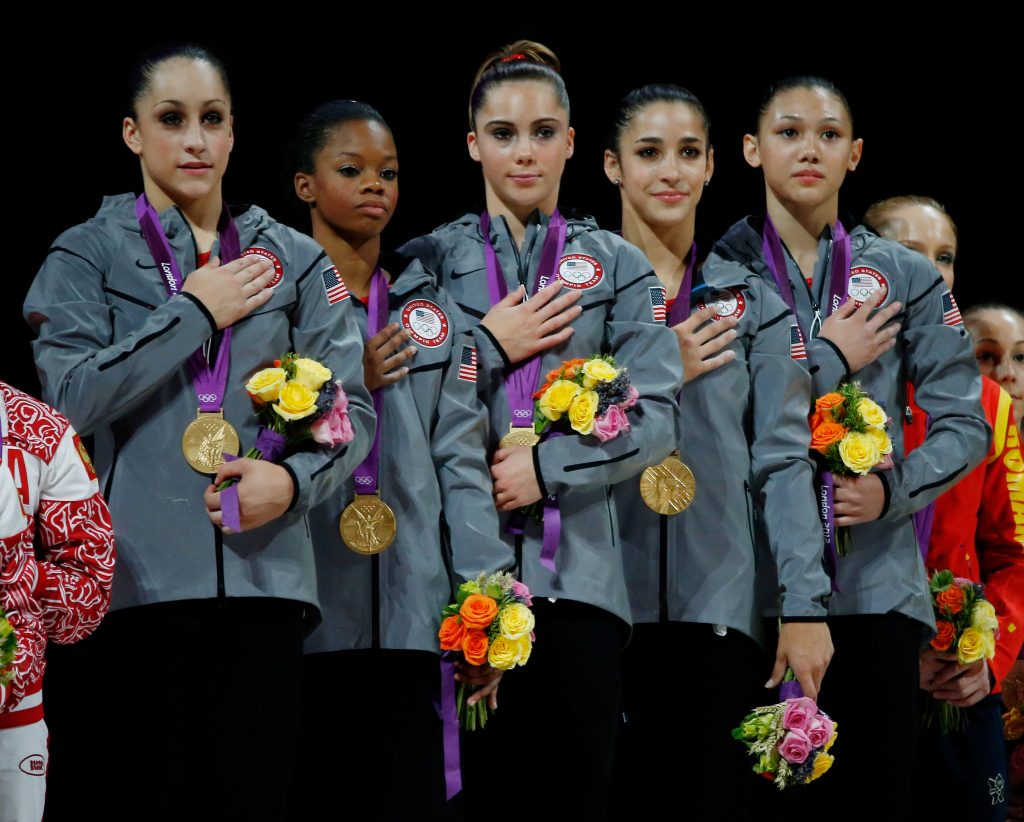 Tweeting about her experiences today, McKayla revealed that Team USA’s team doctor Larry Nassar had subjected her to years of sexual abuse, beginning when she was just 13 years old.

“Everyone’s words over the past few days have been so inspiring to me,” McKayla said in her statement.

“I know how hard it is to speak publicly about something so horrible, and so personal because it’s happened to me too.”

Referring to all the accusations that have come forward against Hollywood executives, McKayla wanted to remind people that it’s not just in the entertainment industry that this is happening.

“People should know that this is not just happening in Hollywood. This is happening everywhere.

“Wherever there is a position of power, there seems to be a potential for abuse.

"I had a dream to go to the Olympics, and the things that I had to endure to get there, were unnecessary, and disgusting.”

Going on to detail the extent of her abuse, McKayla revealed that this had been ongoing for years before her success at the Olympics.

“I was molested by Dr Larry Nassar, the team doctor for the US Women’s National Gymnastics Team and Olympic Team.

“He told me that I was receiving ‘medically necessary treatment that he had been performing on patients for over 30 years.’

“It stated when I was 13 years old, at one of my first National Team training camps, and it didn’t end until I left the sport.”

Larry Nassar, a longtime doctor for USA Gymnastics, has been accused of assaulting at least 140 girls and women: https://t.co/Zxr9kreiVx

McKayla revealed the details of what she calls “the scariest night of my life” on Twitter, saying:

“I had flown all day and night with the team to get to Tokyo. He’s given me a sleeping pill for the flight, and the next thing I know, I was all alone with him in his hotel room getting a ‘treatment’.

“I thought I was going to die that night.”

The Olympic champion also went on to share her thoughts of how we change the conversation and reality of sexual abuse.

“Educate and prevent, no matter what the cost.

“Our silence has given the wrong people power for too long, and it’s time to take our power back.”

Girls With Goals || Her · Ep.161: Feeling Peachy - Sharon Keegan of Peachylean on being an absolute BOSS!
popular
Aldi is selling a 2in1 grill and fire pit just in time for summer
Cork school may need to close due to "serious" Covid outbreak
Chris Watts in protective custody in prison over "danger" of other inmates
Suzanne Jackson says she will "split time" between Portugal and Ireland
Netflix announce two more sequels to 365 Days
Doireann Garrihy confirms new 2FM breakfast show and start date
Why is the weather app always so wrong?
You may also like
3 days ago
Thunderstorm warning issued for eight counties
3 days ago
Fantastic Beasts star Kevin Guthrie jailed for three years following sexual assault
4 days ago
Dad of girl attacked at Howth Junction station says she is "fine considering"
4 days ago
Rotunda tells patients to avoid appointments today after HSE cyberattack
5 days ago
3 arrested after girl knocked between DART and platform in Dublin
5 days ago
Man and woman die in house fire in Co Roscommon
Next Page