Piers Morgan's tweets rubbing people up the wrong way - whoever would have thought it?

The Rio Olympics are only a matter of days old, yet the 51-year old's tweets have already got peoples' backs up.

First of all, there was his response to Ginny Thrasher winning America's first gold medal of the Games... 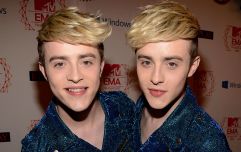 END_OF_DOCUMENT_TOKEN_TO_BE_REPLACED

And, now he's had a pop at more or less every Olympian that doesn't win a gold.

In the small hours of Wednesday morning, swimmer Siobhan Marie O'Connor set a British record as she won the silver medal in the Women's 200m individual medley, finishing just three tenths of a second behind Hungary's Katinka Hosszu.

Although the majority of those watching from these shores would've been happy enough to see another medal in the bag for Team GB, Morgan wasn't too impressed - tweeting that a gold medal was 'all that matters'.

Just can't get excited by Silver & Bronze medals.
You win or you lose.
Gold is all that matters. #Olympics2016

Many took exception with the tweet, one of those being Siobhan's boyfriend and fellow Olympic swimmer, Chris Walker-Hebborn, who sent the following reply:

Jog on you muppet https://t.co/l5PgVzbEDV

Not that it was ever going to make Piers tone it down.

Ask real winners like Ferguson, Mourinho, Phelps or Bolt if coming 2nd or 3rd means anything.
There's your answer.

Walker-Hebborn failed to make the final of the men’s 100m backstrokein Rio after he was knocked out in the semis.

The 26-year-old finished sixth in his heat with a time of 53.75 seconds. With only eight spots in total available for tomorrow morning's final, this wasn't enough and he finished 11th out of the 16 semi-finalists.

popular
Vicky Phelan says terminally ill people should have right to decide how to die
Omicron variant symptoms are mild so far, says doctor who discovered it
The internet is saying the same thing after Ryan's Toy Show opening
The best memes from this year's Late Late Toy Show
Strictly's Giovanni Pernice responds to dating rumours following split from Maura Higgins
8 of the hottest make-up trends to try this festive season
We finally know what happened to Sam in And Just Like That
You may also like
2 weeks ago
Kate Garraway will be replacing Piers Morgan on ITV's Life Stories
2 months ago
Piers Morgan wins Ofcom complaint over Meghan Markle comments
7 months ago
Alex Beresford quit social media over "relentless racist abuse"
8 months ago
Sharon Osbourne apologises for comments made after Piers Morgan row
8 months ago
Piers Morgan responds to petition, confirms he will not return to GMB
8 months ago
"Cry not..." Suits' Patrick J Adams responds to Piers Morgan leaving GMB in typical fashion
Next Page