The biggest indoor Christmas market in Ireland has been officially cancelled for this year, and we're devastated.

Mistletown Dublin was set to take place in the Fruit and Veg market near Mary Street from December 4th, but now that won't be happening. 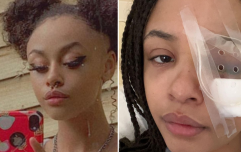 END_OF_DOCUMENT_TOKEN_TO_BE_REPLACED

This is the second year in a row that the market has been cancelled, with organisers Artisan Events Ltd having sent a notification to Dublin City Council saying they are not in a place to progress due to Covid-19.

They said: “Our teams have worked incredibly hard with the support of the council to reopen the historical City Fruit and Vegetable Market.

“However, the continuing uncertainty around Covid-19 and the attendant financial risks have forced us to take the difficult decision not to proceed with the event.

"To all our suppliers, traders, partners, sponsors and colleagues as well as the public who were looking forward to Mistletown, thank you for your support over the past few months.

"We will review the situation in the new year to see whether it would be viable to run the festival in 2022. In the meantime, stay safe and look after one another."

In an email to councillors, the council revealed that they had informed the Members Advisory Group on the Markets and said that they would be happy if they could inform the Area Councillors and Sub Group on Markets.

Mistletown was set to be a free entry market, covering 6,623m sq close to Smithfield.

Former Lord Mayor and Independent north inner city councillor Christy Burke said he was “devastated” to hear that the market had been stalled again. 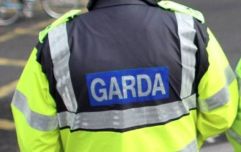 END_OF_DOCUMENT_TOKEN_TO_BE_REPLACED

"This decision is completely understandable but will have a devastating effect on the surrounding areas and for those involved in organising such a mammoth festival," he told BreakingNews.ie.

"Everyone had hoped the festival would bring some joy after the last 21 months, but unfortunately this is not to be."

popular
These are the top baby names for 2022
Man charged in connection with Ashling Murphy's murder
Teen who pushed girl “head first” under Dart to face trial in adult court
Taxi driver who dropped missing woman Bernadette Connolly off comes forward
People are only realising Kendall Jenner and Gigi Hadid are related and the reactions are gas
Here are all the Instagram accounts of the stars of Netflix's Cheer
Marvel actor Gaspard Ulliel passes away aged 37 in ski accident
You may also like
3 weeks ago
Cyclist killed following road traffic collision in Dublin
4 weeks ago
Lads, Paul Mescal and Phoebe Bridgers are just roaming around Dublin and the tweets are gas
1 month ago
Vicky Phelan spends night in Dublin with 'most important women' in her life
1 month ago
Dublin white water rafting project finally shelved after years of public apathy
1 month ago
Gardaí launch appeal after teenage girl injured after being hit by van
1 month ago
Dublin Flea Market to close permanently after Christmas
Next Page