OPINION: 'I Thought The Same-Sex Marriage Referendum Was A Formality... Until I Read This'

On May 22nd, Ireland will finally have a chance to tackle one of its most important human rights issues and take action to allow same-sex couples to marry.

Over the last number of weeks and months, I've looked at the upcoming referendum as a formality, a rubber-stamping of the views of almost everyone I know.

However, this week, I came across something that grabbed me around the shoulders and opened my eyes to just how naive I have been.

It was a Facebook post from someone who had been involved in canvassing for a 'yes' vote in the referendum and included a list of responses that this ONE person had received while going door-to-door.

This volunteer was ordered away from people's houses; asked if she was "one of them"; told that being gay was "unnatural" and "disgusting"; asked when she was "diagnosed"; and informed that "while the poor divils can't help it", the voter in question couldn't possibly vote for the introduction of same-sex marriage as "you wouldn't know where that would lead them". 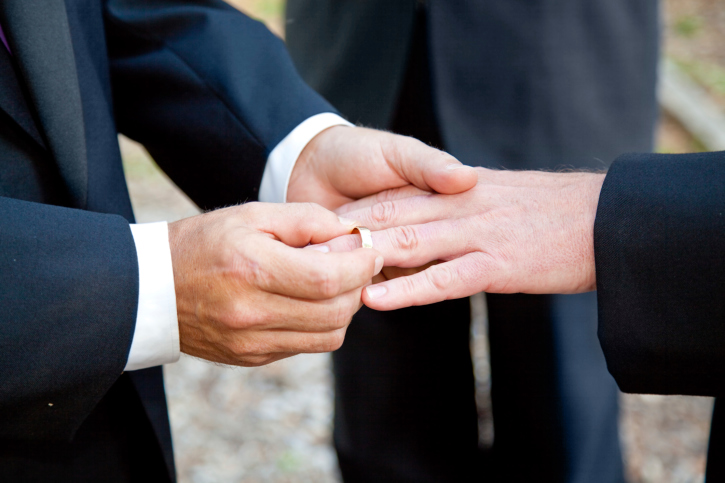 In a later conversation, I heard the story of a gay man who (recently) emigrated to Australia so he could live his life openly, as he felt that his family would lose out on work if he was honest about his sexuality in his home village.

Now, don't get me wrong, I'm not for a second having a go or casting judgement on the people who answered the door to that canvasser. The fact is that their views have probably been imposed on them by others or come from a lack of understanding rather than malice.

END_OF_DOCUMENT_TOKEN_TO_BE_REPLACED

The reason I felt the need to write this post is to highlight the fact that the conversation surrounding why Ireland desperately needs a 'yes' vote in the next referendum needs to be bigger, louder and unrelenting until it reaches every single person who can cast a vote on ballot day.

We have a long way to go to bring this country's outdated legislation in line with modern society but this is as good a place to start as any.

If we truly want to see a historic step forward for equality, we all have a responsibility to talk to our parents, our grandparents, our siblings, our friends, our flatmates and anyone else we come across to make sure that by the end of this year, the only obstacle stopping someone walking down the aisle is finding the right person to stand at the end of it.

popular
5 new additions to Netflix to spend your weekend watching
Gwen Stefani reportedly pregnant with baby number four
Someone has ranked the penis size of men from all over the world
Why Are Men so Obsessed With Boobs? The Answer is Pretty Surprising...
Amy Schumer reveals that her husband Chris Fischer has autism spectrum disorder
Kate Middleton has addressed the rumours that she's pregnant with her fourth child
The entire Twilight Saga is coming to Netflix this month, and we're so ready
You may also like
2 days ago
Concerns over extradition of Madeleine McCann suspect Christian B
3 days ago
11 new Emperor penguin colonies discovered in Antartica
1 week ago
Bewley's is set to open its doors... again!
1 week ago
Staycation scams: Warning issued for home holiday makers this summer
1 week ago
104 Pandemic Unemployment Payments cut following airport checks
2 weeks ago
Polar bears could be extinct by end of century due to climate change, predict researchers
Next Page