Pamela Anderson: Weinstein victims knew 'what they were getting into'

Pamela Anderson has been accused of victim blaming after saying that Weinstein victims knew "what they were getting into."

The Baywatch actress was speaking about her own experience of sexual assault when she said that not going into a hotel room with somebody like Harvey Weinstein was "common sense."

Anderson previously stated that she was raped at the age of 12 and gang-raped when she was a teenager.

"I learned never to put myself in those situations again. And when I came to Hollywood, of course, I had a lot of offers to do private auditions and things that make absolutely no sense.

"Don’t go into a hotel room alone. If someone answers a door in a bathrobe, leave. Things that are common sense.

"But I know Hollywood is very seductive and people want to be famous and sometimes you think you’re going to be safe with an adult in the room." 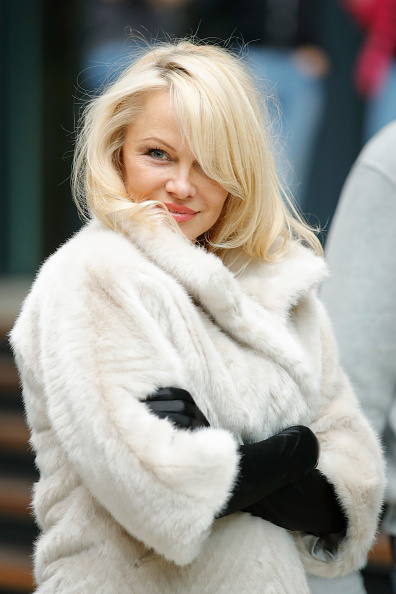 Anderson then went on to say that she was not surprised when the allegations against Weinstein began surfacing.

The 50-year-old argued that everybody knew that "certain producers and certain people in Hollywood are people to avoid, privately."

"You know what you're getting into when you go into a hotel room alone," she said.

Anderson has received backlash online for her comments with many suggesting that the actress was blaming victims for what happened to them.

That's why victims don't come forward. Because they get blamed. Maybe Pamela Anderson has enough experience that she knows better than to take a hotel room interview. But it's my understanding that in Hollywood, many interviews and meetings take place in hotels all the time.

popular
5 new additions to Netflix to spend your weekend watching
The second season of Dirty John lands on Netflix next week and we’re already hooked
Irish teacher Lucy Lanigan-O'Keeffe is engaged Prince William's best friend, Thomas van Straubenzee
Dirty Dancing officially arrives on Netflix today and that's our Sunday sorted
Someone has ranked the penis size of men from all over the world
Staycation: TripAdvisor reveals the top 10 hotels in Ireland for 2020
Here's what happens on every day of your menstrual cycle (roughly)
You may also like
3 days ago
Concerns over extradition of Madeleine McCann suspect Christian B
4 days ago
11 new Emperor penguin colonies discovered in Antartica
1 week ago
Bewley's is set to open its doors... again!
1 week ago
Staycation scams: Warning issued for home holiday makers this summer
1 week ago
104 Pandemic Unemployment Payments cut following airport checks
2 weeks ago
Polar bears could be extinct by end of century due to climate change, predict researchers
Next Page