"It's nothing short of a miracle."

A passenger without any flying experience managed to safely land a plane at a Florida airport when the pilot became incapacitated.

The incident is currently being investigated but it is believed that the pilot suffered a medical emergency. 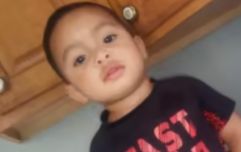 END_OF_DOCUMENT_TOKEN_TO_BE_REPLACED

In audio obtained by CNN, the worried passenger can be heard contacting radio air traffic control, telling them: "I’ve got a serious situation here. My pilot has gone incoherent. I have no idea how to fly the airplane."

Asked what the situation was with the pilot, the passenger responded: “He is incoherent. He is out. I have no idea. I see the coast of Florida in front of me and I have no idea.”

Air traffic control located the plane, which was off Boca Raton, about 70 miles north of its final destination, and proceeded to instruct the passenger on how to land the plane.

This is brand new video (courtesy of Jeff Chandler) of a passenger landing a plane today at PBIA.

His pilot had passed out, and the passenger with zero flight experience was forced to land the plane.

Team coverage of this amazing landing is on @WPBF25News at 11. pic.twitter.com/jFLIlTp6Zs 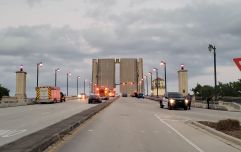 END_OF_DOCUMENT_TOKEN_TO_BE_REPLACED

Taking them through the descent, air control said: “Try to hold the wings level and see if you can start descending. Push forward on the controls and descend at a very slow rate.”

The private plane, which was carrying two other people in addition to the pilot, landed smoothly.

In a separate recording, another air traffic controller can be heard telling pilots in the area about the shocking situation: “You just witnessed a couple of passengers land that plane.”

END_OF_DOCUMENT_TOKEN_TO_BE_REPLACED

“Did you say the passengers landed the plane?” an American Airlines pilot asked. “Oh my God. Great job.”

Justin Dalmolin, a JetBlue pilot in the area, was told to delay his take-off to give the passenger time to land the plane.

He told ABC 25: "The incredible part is not just flying the aircraft but obviously the most difficult thing which is configuring the aircraft for approach and landing. And then landing it, and that to me, for a zero time pilot...

"You know it's nothing short of a miracle and I'm really glad for them and their families they had such a great outcome."

The Federal Aviation Administration (FAA) said the current condition of the pilot is unknown and it is continuing to investigate what happened.