The discriminatory laws put in place for LGBTQ citizens of North Carolina have resulted in a serious amount of backlash, from individuals to corporate entities.

One such entity is online commerce giant PayPal that had announced plans to open a new global operations centre in Charlotte, NC, prior to the legislation being passed.

It would have resulted in over 400 new job openings for North Carolina city, but company CEO Dan Schulman has issued a statement saying that the expansion won't go ahead. 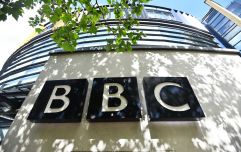 END_OF_DOCUMENT_TOKEN_TO_BE_REPLACED

"The new law perpetuates discrimination and it violates the values and principles that are at the core of PayPal’s mission and culture. As a result, PayPal will not move forward with our planned expansion into Charlotte."

"This decision reflects PayPal’s deepest values and our strong belief that every person has the right to be treated equally, and with dignity and respect. These principles of fairness, inclusion and equality are at the heart of everything we seek to achieve and stand for as a company. And they compel us to take action to oppose discrimination."

"As a company that is committed to the principle that everyone deserves to live without fear of discrimination simply for being who they are, becoming an employer in North Carolina, where members of our teams will not have equal rights under the law, is simply untenable."

Schulman went on to say that PayPal will continue to work to overturn this discriminatory legislation, '...alongside all those who are committed to equality.'

popular
14-year-old boy charged with murder of 12-year-old Ava White
More than 10 suspected cases of Omicron in Ireland are being studied
Toy Show's sign language interpreter Amanda Coogan hailed a "national treasure"
Gogglebox fans shook by Lee's throwback photo of Jenny
8 of the hottest make-up trends to try this festive season
5 of the most ridiculous moments on Selling Sunset Season 4
"Tip and mix" is the latest nail trend we need to get behind
You may also like
5 months ago
10 books with LGBTQ+ themes to add to your reading list this Pride month
1 year ago
Delaware elects first openly trans woman to the US Senate
1 year ago
90-year-old grandfather comes out as gay in viral post and inspires millions!
1 year ago
'Extremely isolating': LGBTQ+ homeless community faces more challenges
1 year ago
Pride memories from Davina Devine: "I've probably done about twenty Pride parades"
1 year ago
93 percent of Irish LGBTI+ youth experiencing mental health issues during lockdown
Next Page