When people talk about nightmare situations for Olympic athletes, this is surely right up there.

French race-walker Yohann Diniz is one of the world's biggest names when it comes to long-distance race-walking.

And before you ask: Yes, it's a thing. Yes, it's an Olympic sport. Yes, people can become really fucking good at it. 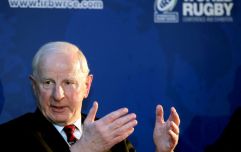 END_OF_DOCUMENT_TOKEN_TO_BE_REPLACED

Diniz is the current world record holder over 50 kilometres and went into the 2016 Olympic event as one of the favourites.

He ended up finishing seventh - not exactly what he would have been aiming for, but by no means the worst thing to happen to him in Rio de Janeiro.

It looks as though the 38-year-old might not have been in the best of health going into the race, but it is testament to his desire and Olympic spirit that he even made it to the start line.

He even led going into the final 20k, but needed to take a break and even collapsed at one stage. He eventually finished in seventh, which we can all agree is a pretty remarkable achievement in the circumstances. 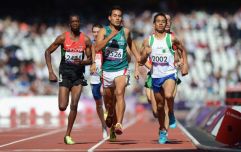 END_OF_DOCUMENT_TOKEN_TO_BE_REPLACED

And he even managed so save a bit of face by cleaning himself off with one of the soaked sponges given to walkers to cool themselves down.

Long-distance race-walking will clearly take its toll at the best of times, let alone when you're under the weather.

And we weren't the only ones to feel sympathy for Diniz as events unfolded.

Yohann Diniz of France deserves to hold the flag at the next opening ceremony. Dude is a champ. #racewalk #RioOlympics2016

Yohann Diniz stopped his watch before fainting .... a true athlete

Poor Y Diniz. Having an intense sickness 18kms away from the end and still finished the race wow. So much courage